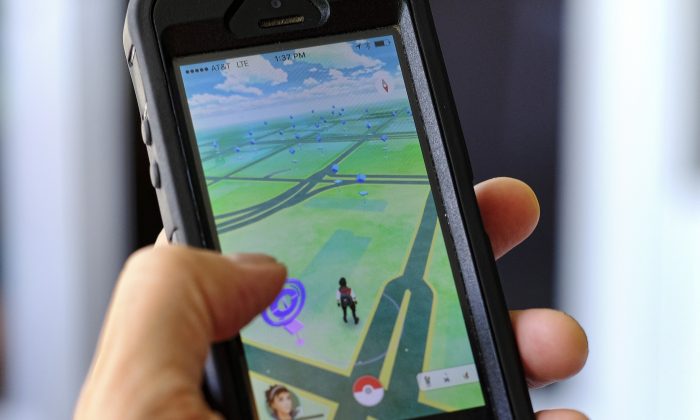 Pokemon Go is displayed on a cell phone in Los Angeles on Friday, July 8, 2016. Just days after being made available in the U.S., the mobile game Pokemon Go has jumped to become the top-grossing app in the App Store. (AP Photo/Richard Vogel)
Crime and Incidents

RIVERTON, Wyo.  — Authorities in central Wyoming are investigating after a woman playing the popular smartphone game Pokemon Go found a man’s body in a river.

Shayla Wiggens told the Riverton Ranger newspaper that she spotted the body in the Wind River near the city of Riverton on Friday while playing the new game. It sends players to real-world locations to capture virtual creatures.

Fremont County Undersheriff Ryan Lee says the death appears to be accidental and possibly a drowning. He says evidence indicates the man went into the water where he was found.

The victim hasn’t been identified pending an autopsy. Lee says the FBI is helping in the investigation.

It comes as police in Missouri say four teens used Pokemon Go to lure victims to a location and rob them.

“The Pokemons are all over Riverton,” Wiggens said, according to KTVQ-TV. “I was trying to get a Pokemon from a natural water resource.” She then jumped a fence to go toward the river to search for one.  “I was walking towards the bridge along the shore when I saw something in the water,” she said. “I had to take a second look and I realized it was a body.”

The body was three feet from the shore. “It was pretty shocking,” she added. “I didn’t really know what to do at first. But I called 911 right away and they came really quickly.”

Epoch Times contributed to this report, adding quotes from Wiggens.