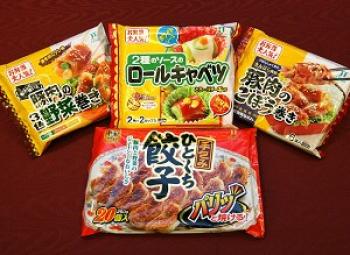 On January 24, 2009, Japanese media reported that poisonous dumplings Japan returned to China last year became presents. The Tangshan Iron & Steel Co. and the ChengGang Co. gave their employees these same dumplings as worker benefits and many of them became ill thereafter.

In January 2008, many Japanese were poisoned after eating frozen dumplings made by the Tianyang Company in Shijiazhuang City. All the dumplings were returned to China. Recently the Daily Yomiuri disclosed these dumplings were given to employees of the Tangshan Iron & Steel Co. last May as a fringe benefit. These employees, mainly the night shift, received two to four bags of the bite-size returned dumplings. Some of them had symptoms of food poisoning such as severe diarrhea.

An employee from the Tangshan Co. said the company recalled the dumplings after some of them suffered from food poisoning. A male employee who confirmed to the Kyodo News, “I had sharp abdominal pains right after I ate the dumplings and was bedridden for two days.”

The Sankei Shimbun reported that because the Tianyang Company’s dumplings were banned for exportation, the company faced a financial crisis. The state-own Hebei Iron and Steel Group (HBIS) got involved and distributed over 100 thousand bags of the dumplings to employees of its subsidiary companies such as Tangshan Iron & Steel, ChengGang Company, HanGang Company, and the Zhangjiakou Company.

Besides Tangshan and ChengGang, the same incident also happened in HanGang. From April to June in 2008, HanGang gave each of its employees two to three bags of the problematic dumplings. It is said that 30 thousand people took those dumplings home.

Between December 2007 and January 2008, ten people in Hyogo County, Japan, suffered food poisoning after eating imported dumplings from China. Nine of them were hospitalized and one girl fell into a coma. Investigation showed the dumplings contained dichlorvos, a pesticide that was banned in Japan. The same year four people in China were also poisoned from the same dumplings. Beijing claimed to have arrested three employees from the Tianyang Company. They were suspected to purposely poison the dumplings. The case is still ongoing.