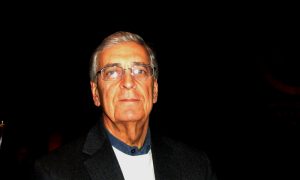 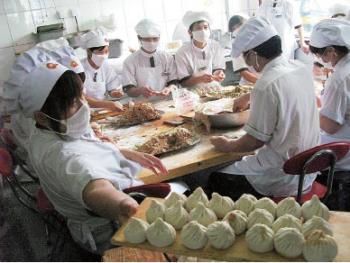 Although Japan was lucky enough not to get caught up in China’s contaminated baby formula crisis this September, it is still heavily affected by melamine-contaminated diary products. Within a single month, a total of 19 separate products imported through 8 Japanese importers were recalled.

Mr. Hukizawa, from the Japanese Ministry of Health, Labor, and Welfare said, “Because melamine is a substance found in plastic, it was not considered as a substance to test for in foods. There is no ‘legal level’ established in Japan.”

One Japanese newspaper, Mainichi Shimbun, indicated that the Japanese government asked importers to voluntarily inspect eggs brought in from China, since melamine added to Chinese chicken feed was showing up in the eggs.

On November 12, a housewife in Hachioji City, Tokyo, was poisoned by frozen beans from China. The beans contained the pesticide DDVP, at 34,500 times more than the safe level.

During an interview, the victim said, “I tasted a bean of about 5 cm in size. I only chewed a couple of times and felt short of breath.” She spat out the bean, and immediately her mouth felt numb.

On the November 17, another China-made red bean paste was found to contain high levels of toxic chemicals, toluene and ethyl acetate. A Japanese company, Maruwa, imported around 210 tons of red bean paste from China. Many around the country have reported discomfort after ingesting the product.

The Tokyo Metropolitan Police Department recently announced that a tiny hole was found in a bag of frozen beans purchased by a Hachioji City housewife. This might indicate deliberate poisoning during the manufacturing process.

According to Mr. Takenaka, a Japanese expert from the ISO quality control system consultation company, increasing numbers of Japanese companies are requiring their Chinese manufacturers to apply and pass ISO22000 to ensure product safety.

However, the quality system itself does not really guarantee food safety. “It is utterly important that the actual operation complies with the ISO requirement,” commented Mr. Takenaka.

A Japanese inspector, who asked that his name not be used, expressed his frustration after his recent food safety inspection trip to mainland China, “Ever since the poisoned dumplings incident, the company has installed cameras to monitor the production line. Following the melamine and pesticide incidents, there is no way to prevent reoccurrences.”

It won’t be easy to reject Chinese products all at once, considering their low cost and the many varieties the Chinese products offer, as well as the cost and manpower involved in shifting the manufacturing base.

After the poisoned dumplings, only one company reduced the production in China. It’s a critical decision Japanese businesses have to make—to maintain low production costs, or to ensure the safety of the products.