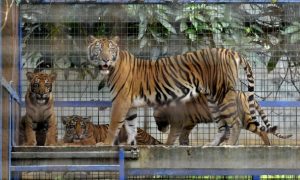 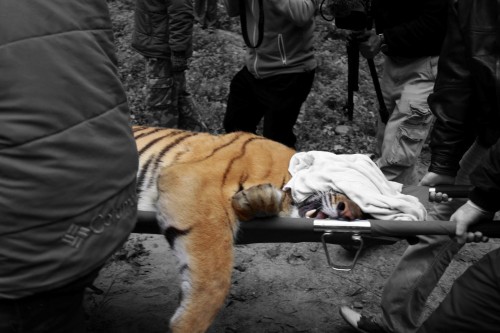 In a shocking yet bizarre turn of events, tigers living in the state of Tamil Nadu are now in danger of being poisoned to death. With the latest incident occurring as recently as last month, the toll of tigers killed this year alone has already risen to eight, three of which died due to poisoning.

The incident in question came to light when forest officials found an eight year old tigress lying dead near Thengumarahada village in the Kallapalayam beat of the Nilgiris Eastern Slopes Range that falls under the Nilgiris North Forest Division in Tamil Nadu.

On inspecting the body, it was discovered that all the body parts of the tigress were intact. Moreover, as the tigress wasn’t old or sick, forest officials immediately suspected foul play in the death of the big cat. Therefore, a post mortem was conducted and samples were collected from various body parts and sent to the forensics department’s toxicology laboratory at Coimbatore.

“While several tigers are dying in the State within a few months is a matter of concern, what is more important is to honestly analyze the cause of each of these deaths and see what mitigation measures can be taken to prevent further instances of tiger poisoning.”

He further added that while it was quite natural for a few tigers to die every year due natural causes like old age or as a result of fighting between tigers, cases of poaching or even the rare instances of retaliatory poisoning by local villagers should be taken up by the forest department very seriously.

Retaliatory killing through poisoning by locals who lose livestock to the big cats can be kept in check only if there is a prompt, fair, reliable, and well-publicized compensation scheme for their loss.

“If there is too much red tape or corruption in the compensation process, people will be forced to take matters into their own hands and more tigers will die,” warns Shekar.

This article was originally written and published by Rohit Daniel, a contributing writer for indiasendangered.com. For more information and the original story, please click HERE.