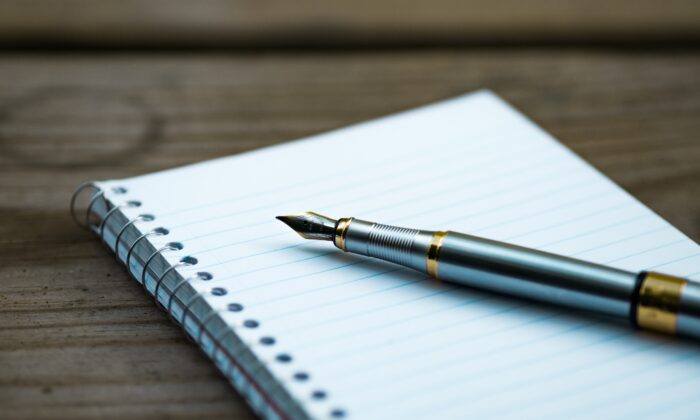 Poetry and the ‘Fell Clutch of Circumstance’

The annual T.S. Eliot Prize for Poetry, the most valuable in Britain, has just been awarded to a woman called Joelle Taylor. As I have not read her work, I am in no position to judge its quality, which may be very high indeed. In any case, I confess to some difficulty in judging the value of new poetry: I am not even sure that I should recognize a new John Keats were one to emerge. It is salutary to remember that some good judges of poetry failed to recognize his genius while he was still alive.

The impression given by a brief review of the recent winners of the T.S. Eliot prize, however, suggests that the judges of the prize are at least as concerned with bringing about supposed social justice as with poetic merit. They seem to take a neo-Stalinist view of writing and writers, that they are propagandists and engineers of human souls: always in the service, of course, of the dictator or (in this case) by the current political orthodoxy. This impression is strengthened by reading the article that this year’s winning poet wrote in the Independent newspaper in the wake of the award.

She herself says that the award was “a triumphant moment for butch women”—into which category she puts herself. She says that her winning book, “C+nto & Othered Poems,” “explores the ideas of the butch, and by implication the notion of masculine women.” The judges said that, among other things, her volume of poems was “a blazing book of rage and light, a grand opera of liberation from the shadows of indifference and oppression.” Of its quality as poetry they said little. Grand opera is rarely good poetry.

Now of course art and poetry may be about any subject at all, edifying or disturbing as the case may be. And it is also only natural that artists should refer to their own personal experience. It is certainly not difficult to believe that a woman such as Taylor, who likes to dress more or less as a man while remaining a woman, has suffered insult and perhaps worse than insult from strangers and (even more upsettingly) from relatives.

Poets have long taken their suffering for a subject. To take a single example, that of W.E. Henley (1849–1903): One of his legs was amputated because of tuberculosis of the bone, and the other had become infected and was also due for amputation. He came under the care of the great surgeon Joseph Lister, the developer of antiseptic surgery, who treated him as in inpatient of the Edinburgh Infirmary for two years, thereby saving his leg. Ever afterwards, Henley hero-worshiped Lister, but there was hardly a day of his life when he was not in pain.

He wrote a series of 24 poems, now known as the “Hospital Poems,” which are among the first modernist poetry in the English language. In these poems, Henley recounts his own suffering but, because he feels no self-pity, he recounts with even greater force the suffering of others that he observes from his hospital bed. There is no element of identity politics in his work: He never claims that the publication of his poems is in honor of the wooden-legged or the tubercular.

His most famous poem is “Invictus.” When you know his personal history, you know that this famous poem, recited by many people in great difficulty to keep their spirits up, is not mere rhetoric or hot air, but an inspiring expression of personal indomitability:

In the fell clutch of circumstance
I have not winced or cried aloud.
Under the bludgeonings of chance
My head is bloody but unbowed. …

It matters not how strait the gate,
How charged with punishments the scroll,
I am the master of my fate,
I am the captain of my soul.

This is specifically a poem against self-pity by a man who had every reason to feel it, if anybody had. He was not writing for people exactly like himself, that is to say those with a wooden leg (he was the friend of Robert Louis Stevenson, and the inspiration for Long John Silver), but for all who were in the fell clutch of circumstance—which is most of us at some time in our lives.

The contrast with what Taylor said in her article is striking. She is concerned for the group with which she identifies, which is typical of the identity politics of our time. It is as if we had Balkanized our compassion, such that we felt it mainly for people who shared their cause of suffering with ourselves. Said Taylor:

[My book is] about our difficult dance between survival and self-expression. I was compelled to write it as an honouring to all butches and wrong walking women, all of us who do not quite fit our bodies.

That she is writing propaganda is suggested by her desire, as she puts it, “to drag the marginal to the centre of the page”—that is to say herself and others like her. She goes on to say:

Henley did not “identify as survival” (that’s an ill phrase, a vile phrase, as Polonius puts it in “Hamlet”), even though Henley was eventually to die of his illness, at an age less than Taylor’s; rather, he “identifies” as overcoming circumstance.

The very word “survival” in such a context, at least without qualification, is self-pitying in the extreme. People can be said to survive grave illnesses when death is expected, or such events as a massacre or a wreck at sea, but not the kind of hardships or insulting behavior that Taylor has no doubt endured.

The exaggerated use of the word “survival” in such a context illustrates how far we now sanctify victimhood, thereby giving everyone an incentive to exaggerate the degree to which he or she is a victim, to have an unhealthy thirst for victimhood. The more you are a victim, the more sympathy (and often the more subventions) you merit. “We are women,” says Taylor. “This makes survival tenuous …”

This is all a world away from Henley’s noble determination to overcome “the fell clutch of circumstance,” which is of universal application to the human condition.