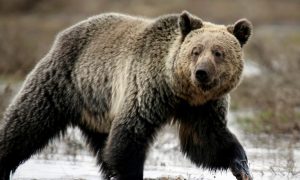 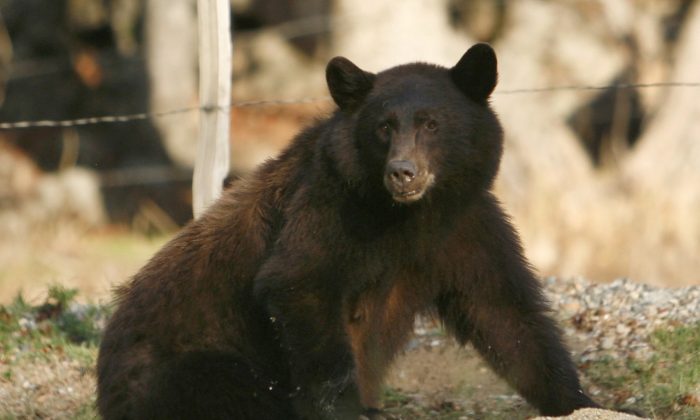 Poachers in Alaska were filmed killing a hibernating mother bear and cubs in footage released by the Humane Society.

Andrew Renner was sentenced to three months in jail earlier this year and was barred from hunting for a decade for the incident. His son, Owen Renner, received a 30-day suspended sentence and is required to perform community service, reported GlobalNews.

The incident took place in April of 2018 but the video footage was only released this week. The Alaska Department of Public Safety released the video after a public records request from Humane Society International.

After the poaching, the men are seen pulling the mother bear from the den.

“They’ll never be able to link this to us,” the son could be heard saying in the video. They didn’t know they were being recorded.

The U.S. Forest Service and the Alaska Department of Fish and Game had set up a camera outside the bear den as part of a study. The camera captured the Renners returning to the scene before grabbing the bear collar, shell casings, other items, and then they grabbed the cubs’ bodies.

“I gotta go in the den and make sure there’s no little parts, right?” Andrew Renner said. “Yeah, that would be a good idea,” his son replied.

When the two were arrested, Assistant Attorney General Aaron Peterson said it was among the most egregious poaching cases he’d been involved with.

“Protection of natural resources in this state is of paramount importance. By protecting the wildlife and ensuring a biologically appropriate number of animals are present across any given location, we protect the very culture of Alaska. But without active game management, vigorous enforcement of the regulations, and significant sentencings for wildlife violators, the big game in Alaska can be wiped out—and the sport, subsistence, and cultural traditions of Alaskans gone with them,” he said in a statement in January.

He added that “people must know that poachers will be required to pay large fines and restitution for the illegal killing[s].”

The bears’ den was on Esther Island in a national preserve, according to reports.

A video of the shooting can be viewed below.

Bear hunting, which dates back tens of thousands of years, is legal in a number of U.S. states but typically only during certain times of the year and in certain places.

Traditional Chinese medicine (TCM) is rapidly expanding worldwide as a key pillar of the country’s “One Belt, One Road” initiative but conservation groups say demand for treatments using animal products is driving a surge in illegal trafficking of wildlife, Reuters reported on March 28.

“One of the most alarming characteristics of wildlife trafficking is the growing use of threatened species in traditional medicines,” conservation group ADM Capital Foundation said in a recent report.

Worth some $60 billion a year, according to a World Health Organization (WHO) Bulletin, and growing at around 11 percent annually, according to IBIS World, practices such as acupuncture and herbal supplementation are finding acceptance globally.

Species including pangolin, rhino, saiga (antelope), sea horses, moon bears and tigers are some of the animals critically endangered by the trade, according to wildlife organizations.

Gui Zhen Tang, which owns the biggest moon bear breeding center in southern China, has permits for extracting bear bile, according to its website.

Traditional Chinese medicine encompasses many different practices, including acupuncture, herbal medicine, tai chi, and qi gong (practices which encompass smooth movements, meditation, and mental focus). It is based on the ancient philosophy of Taoism and has a history of over 2,500 years.

Chinese medicine balances the body’s innate life forces of yin and yang, with the objective of restoring the body’s natural state of health by achieving harmony between the human body and nature.

According to principles of traditional Chinese medicine, the health of one’s body is related to one’s mind. Taoism preaches the virtues of compassion, frugality, and humility. They are connected to Jing (essence), Qi (vital life), and Shen (soul), which are the substances necessary for maintaining life.

Modern day traditional Chinese medicine has far departed from its founding Taoist principles, its practice reduced to a shell of what it once was without compassion and harmony as its guide.