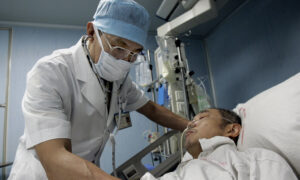 'Do Not Cover up Outbreaks:' Experts Call for Transparency After China's Pneumonia Outbreak
0 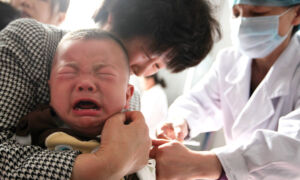 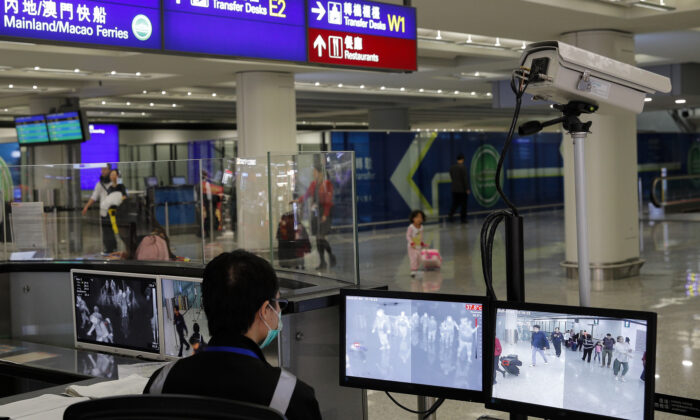 China’s Asian neighbors are on guard as the country continues to investigate a mysterious strain of pneumonia.

On Jan. 7, hospitals in Hong Kong, which borders southern China, admitted nine more patients who had symptoms of fever, respiratory infection, or pneumonia, bringing the total number of suspected cases to 30. All patients have recently visited Wuhan, a bustling commercial city in central China, where the illness first broke out.

The Hong Kong patients, aged 2 to 65, remain in stable condition; 13 have been discharged.

The Hong Kong government said it would amend its health law this week to add the mysterious Wuhan pneumonia to an official list of infectious diseases, which means medical staffers are required to report all suspected or confirmed cases to health authorities.

Wuhan health authorities reported that the illness was initially detected on Dec. 12. Chinese health authorities said they are closely monitoring people who had contact with the infected, but have yet to identify the strain of pneumonia or confirm the source of the illness. It remains unclear whether the virus is contagious.

One of the patients, a 44-year-old seafood market worker surnamed Wang, incurred medical bills as high as 43,000 yuan ($6,191), according to China Business Journal, a Chinese language newspaper affiliated with the Chinese regime’s cabinet-like State Council. Wang suffered from high fever for over a week before going to the hospital on Dec. 24. CT scans found white shadows looming over two-thirds of Wang’s lungs, Wang’s relative told the outlet.

Health authorities suspect that the outbreak originated from the Huanan Seafood Wholesale Market and have temporarily shut it down since the New Year.

Wuhan Central Hospital, where some patients are receiving treatment, declined to comment when contacted by the Chinese-language Epoch Times.

The Centers for Disease Control and Prevention told The Epoch Times on Jan. 6 that it is “coordinating closely” with the World Health Organization and will issue any developments as they arise.

Multiple nearby countries and regions took measures to prevent the viral illness from spreading.

Chuang Jen-hsiang, deputy director-general for Taiwan’s Centers for Disease Control, suggested that a new type of coronavirus—a family of viruses that produce SARS and MERS— might be the source. Chuang said that if new cases continue to surface after Jan. 14—which is 14 days after the market’s closure—it might suggest that the virus is transmissible from person to person. The incubation period for a coronavirus is up to 14 days, Chuang said.

Suwanchai Wattanayingcharoenchai, head of the country’s Department of Disease Control, said on Monday that the young boy had a flu, while a 22-year-old Thai student had a respiratory syncytial virus infection, according to the newspaper. Suwanchai said they are still waiting on the lab test results of the other two patients, aged 24 and 44 respectively.

The Thai government has stepped up its alert to level 2 following the rise in suspected infections.

Taiwan has reported eight people who had light respiratory symptoms or fever after traveling to Wuhan.

Phillipine’s Secretary of Health, Francisco Duque, advised residents to avoid traveling to China and postpone any trip plans to Wuhan until there’s a clear advisory from the Chinese health authorities, according to major local newspaper Manila Bulletin.

Duque urged the public to “seek immediate medical consult if experiencing any flu-like symptoms,” particularly if they recently went to China, he said in a Jan. 5 press release.