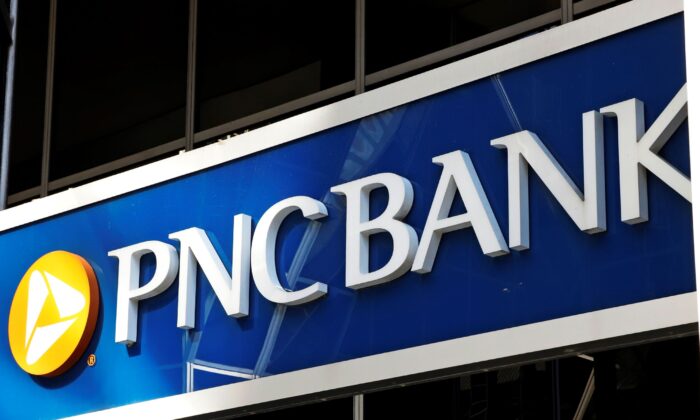 PNC to Raise Base Wages to $18 an Hour, Latest Bank to Do So

NEW YORK—PNC Bank is the latest large U.S. financial services company to increase wages in a bid to keep and attract employees, raising its minimum wage to $18 an hour while also giving higher-paid workers a bump in pay.

The bank said Monday that the wage increase will apply to both PNC employees as well as those working for BBVA USA, which PNC acquired last year. Base-level PNC employees will see their wages increase from $15 an hour to $18, a 20 percent pay raise. The increase is more substantial at BBVA, which had an $11 minimum wage before PNC bought the bank.

“We want the best we can find, and we can afford to do so,” said Bill Demchak, chairman and CEO of PNC Financial Services Group Inc., in an interview. “We need to show that we can provide both a career path as well as compensation that makes it us a lifetime opportunity.”

In addition to the higher base pay, PNC and BBVA employees making more than minimum wage will also receive a bump up in pay, in what Demchak described as an “accordion effect” across the its branches.

Pittsburgh-based PNC is now one of the country’s largest banks after acquiring BBVA, giving it a nationwide footprint and making it able to compete more effectively with the large money-center banks like JPMorgan Chase and Bank of America.

When the acquisition is completed, PNC will have about 60,000 employees nationwide.

Bank of America announced in May that it would increase its minimum wage to $25 by 2025, and announced last year it would pay all employees $20 an hour. Other banks like JPMorgan and Wells Fargo are paying up to $20 an hour, depending on the geography of where the employee is based.

Demchak said the wage increase was necessary both to compete with other banks but also a moral decision. Along with the fact that many bank branch employees had to work physically at their locations throughout the pandemic, the economic impact of the pandemic made many of their jobs more complex and more important than ever, he said.