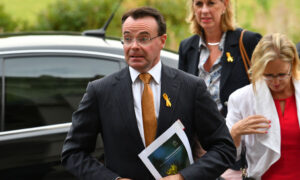 NSW-Victoria Border Restrictions to Be Eased
0 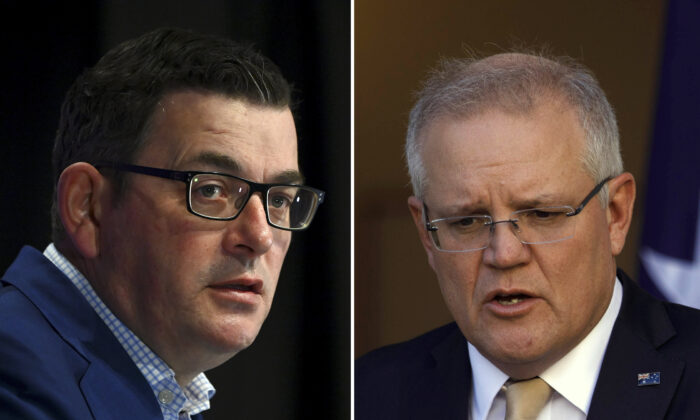 Prime Minister Scott Morrison on Aug. 26 raised concerns over plans by Victorian Premier Dan Andrews to extend State of Emergency powers for a further 12-months to combat the threat of the CCP virus.

Andrews on Aug. 24 announced he would push for the emergency powers bill amendment at next week’s sitting of Victoria’s Parliament. The current State of Emergency will reach its six-month maximum limit on Sept. 13, at the same time that stage four restrictions are scheduled to ease.

Speaking to reporters at a visit to Canberra’s Datapod facility, the prime minister said that he has taken up the issue about the proposal’s lack of transparency with Premier Andrews.

“I’ve raised our concerns with the Premier about that. I did that directly. I know others have, I know other Labor figures have. And I think it’s important to dispel any uncertainty and get clarity around that issue,” Morrison said.

Victoria has extended its state of emergency six times since March, on some occasions concurrently imposing or re-imposing restrictions.

During a press conference on Aug. 25, Andrews said the amendment will act as an “insurance policy” for his government to makes rules where needed to combat the CCP (Chinese Communist Party) virus, commonly known as novel coronavirus.

Morrison said his office had been inundated with calls of concern that the lockdown would extend for another 12-months if the bill is passed.

He stressed that under the “regrettably necessary” and “horrendous restrictions” people are frightened, and Andrews needs to be considerate of that.

“I don’t think that’s what the Premier was suggesting at all. But in these times, we’ve got to be very careful about the announcements that are made. And I welcome the fact that he was clarifying that yesterday,” Morrison said.

“I’m not seeking to get into any blame game here at all. I mean, I work constructively with the Victorian Premier, but where there are issues that need to be raised then I’ll, of course, raise them with him.”

At times, throughout the pandemic, Morrison and Andrews have disagreed on matters such as opening schools, using ADF support, and now the emergency powers bill.

Morrison admitted: “You don’t agree on everything, but you certainly discuss everything.”

Responding to the prime minister’s remarks, when asked at a press conference on Aug. 26, Andrews said: “We don’t necessarily agree on every matter. But we’re working very closely together.”

Andrews implied Morrison should stay out of Victoria’s state affairs and should focus on federal business.

“Public health and well being is an act of the Victorian Parliament. And I’m confident through the constructive dialogue we’re having with the crossbench we will be able to make amendments to that act next week.”

Andrews clarified that the public health and wellbeing act (pdf) amendments are needed to create a framework for opening up Victoria once restrictions ease—creating jobs and repairing damage caused by the pandemic.

“And I’m confident that we’ll get, we’ll get a good outcome that serves both of those purposes,” Andrews said.

The Victoria government has not publically released the 12-month state of emergency plan. However, MPs have been briefed ahead of next week’s legislative council meeting.

The Victoria Labor government needs a majority vote from the 40 legislative council members. The Labor party holds 17 seats, the Liberal Party 10, and the Liberal Democratic Party have 2.

Liberal Party leader Michael O’Brien was quick to state that his party “vehemently oppose” the extension.

Independents, such as Liberal Democratic MPs David Limbrick and Tim Quilty said they’d block it, while Reason Party MP Fiona Patten called the 12-month extension an “overreach” and said it needs to be halved or more. The Shooters Fishers and Farmers Party MP Jeff Bourman said he is “unimpressed” after seeing the brief.