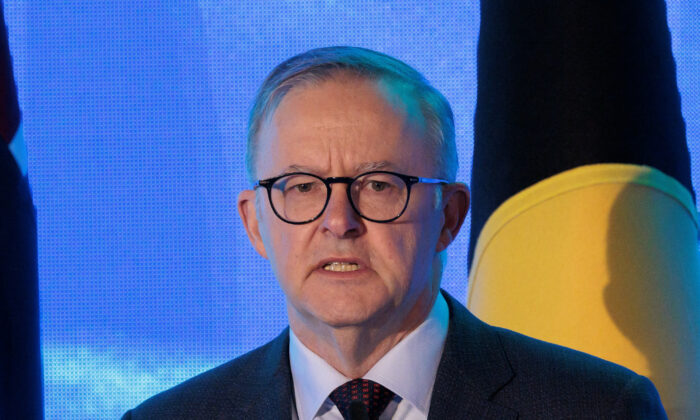 PM Says He Knows Australians Are ‘Doing It Really Tough’

Prime Minister Anthony Albanese has said his government is aware that people are doing it tough at the moment but has ruled out any further cost of living help as they stand by the decision of the Reserve Bank of Australia (RBA) to raise interest rates.

Speaking to the Today show on Tuesday, Albanese said that he recognised that people were “doing it really tough” and were “worried about increases in their mortgage.”

“The RBA are in charge of monetary policy,” Albanese said. “But we are very conscious of the feelings that are out there that people are doing it tough, and every half a percent or quarter of a percent in interest rates means higher payments for people, and that means they are having to make choices about how they get by.”

However, the prime minister has ruled out further measures to cut the cost of living, like extending the removal of the fuel excise levy, saying that Australia was currently looking at a trillion dollars of debt, and that must take precedence for the government.

“We acknowledge that people are doing it tough, we get that completely,” he said.  “But we also know that we inherited a trillion dollars of debt from the former government, and unless that has got under control, then people will do it tough down the track because it will have an impact on the economy. So, we are very conscious about that.”

The comments from the prime minister come as the RBA governor Philip Lowe said in a statement on Tuesday that the RBA would raise interest rates by 50 basis points to 1.85 percent.

Lowe said that hike was necessary to bring inflation down and balance demand and supply in the Australian economy.

“The board expects to take further steps in the process of normalising monetary conditions over the months ahead, but it is not on a pre-set path,” Lowe said.

“The size and timing of future interest rate increases will be guided by the incoming data and the board’s assessment of the outlook for inflation and the labour market.”

The RBA is trying to reduce inflation from the current 6.1 percent—the highest level since the 1990s—to the target band of two to three percent.

According to the RBA’s central forecast, the annual inflation rate is expected to hit 7.75 percent by the end of 2022 before falling back to over four percent in 2023 and around three percent in 2024.

Meanwhile, one of Australia’s leading charitable organisations, the St. Vincent de Paul Society, has called on the government to scrap stage three tax cuts to free up government funding for an increase in JobSeeker and Commonwealth Rent Assistance.

St. Vincent’s National President Claire Victory said (pdf) they are seeing a sharp increase in the number of people who need help as the cost of living increases sharply.

“We call on the Albanese Government to raise income support and lift Commonwealth Rent Assistance, both of which no longer provide sufficient support to keep recipients out of poverty,” Victory said.

“More and more people are turning to Vinnies for help as they struggle to cover the cost of accommodation, food and heating—the basics of life. A lot of people are feeling very vulnerable and embarrassed that they’re having to ask for help.”

She said that the organisation had seen a significant increase in people asking for help for the first time despite a large number of them being employed, with many finding they still cannot make ends meet due to inflation.

“Most of these people budget very carefully—they pay their bills, rent and debts as a first order of business, and then there’s nothing left for food and other essentials. That’s an awful situation for a growing number of people across Australia,” she said.

Alfred Bui contributed to this report.