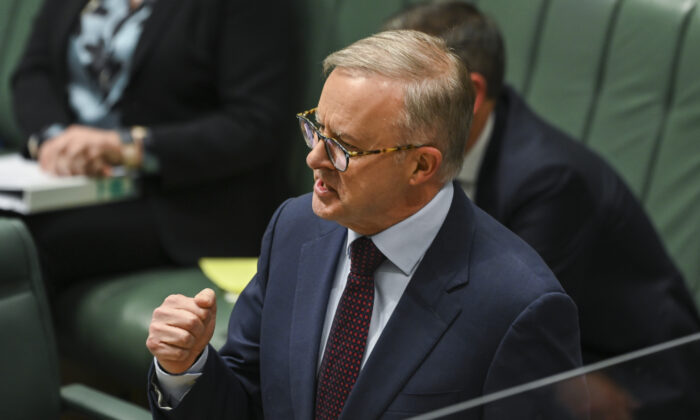 An additional 180,000 fee-free TAFE places will be created by 2023 as part of a major training package launched at the government’s jobs and skills summit.

Prime Minister Anthony Albanese told attendees at the summit on Sep. 1 that the $1.1 billion (US$750 million) package would be jointly funded by federal, state and territory governments.

Albanese said Australians need to gain the skills required to get good jobs.

“I want this to be the beginning, not the end, of the progress we see on skills over the next two days,” he said.

Treasurer Jim Chalmers outlined the challenges facing the economy that are “largely agreed, and already understood”, including migration settings and bargaining rules that are no longer fit for purpose.

He also said he wanted to see a lift in wages at the same time as boosted profits.

He urged participants to strive for collaboration over the two-day event.

“Each of us walked in this morning with different backgrounds, different opinions and different objectives—but with a common purpose—to help build a bigger, better trained and more productive workforce,” he said.

The Australian Council of Trade Unions and the Business Council of Australia have already found common ground on several key issues, including lifting permanent migration numbers.

“We haven’t put a figure on it, but we have a common understanding that moving towards a more permanent migration system and lifting the number of permanent migrants goes along with the other things we’ve said about making sure that people have access to jobs and skills and opportunities,” ACTU president Michele O’Neil told reporters on Thursday.

The two groups also called for Commonwealth paid parental leave to be boosted to 26 weeks from 18 to help increase women’s participation in the workforce.

“We don’t agree on everything, but where we can find solutions, of course, we should,” Business Council Chief Executive Jennifer Westacott said.

Day one at the summit will feature a panel discussion on the future of bargaining to deliver higher wages that will feature representatives from unions and businesses.

The first day will also touch on the participation of women in the workforce and the job-creating potential of the clean energy transition.