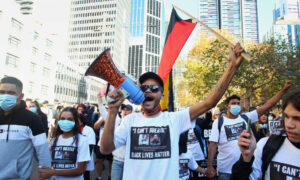 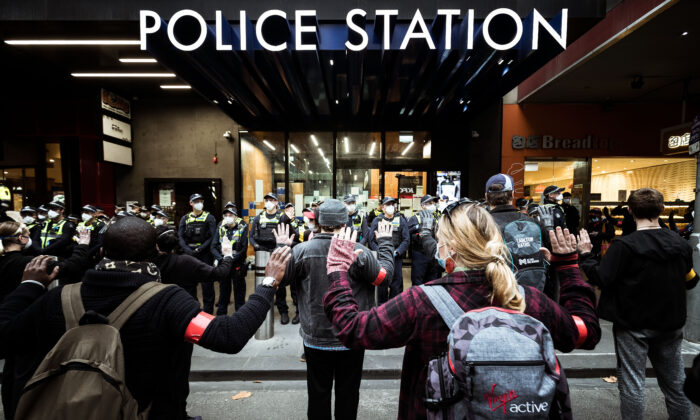 NSW Premier Gladys Berejiklian has implored people not to attend illegal rallies in support of the Black Lives Matter campaign and refugees, arguing they are not safe during the COVID-19 pandemic.

A rally calling for an end to Aboriginal deaths in custody planned for Sydney Town Hall on the evening of June 12 has been deemed unlawful by NSW Police because they weren’t formally notified.

The Supreme Court has separately prohibited a protest to “free the refugees” scheduled for Saturday afternoon on the basis the health risks “outweigh the rights of public assembly and free speech”.

Berejiklian has asked people not to put the police in a difficult position over the coming days.

“These protests aren’t legal, they’re a public health risk. Please don’t risk your own safety and don’t risk getting a fine by being out there tonight or tomorrow.

“We just hope everything is resolved peacefully.”

NSW Police top brass have warned people can be moved on, potentially arrested or fined $1000 if they attend.

Prime Minister Scott Morrison on Friday stated: “The very clear message is people should not attend those events because it is against the health advice to do so.”

He said protesters should express their views “in another way”.

“This is not about the issue … it’s about people’s health and welfare,” Morrison told reporters in Canberra.

Meanwhile, NSW’s two-week streak of no new locally-acquired COVID-19 could be over after a school in Sydney’s eastern suburbs was closed.

Rose Bay Public School was closed on Friday while NSW Health investigates a possible case in a staff member.

The state reported three new cases on Friday – two in travellers in hotel quarantine and a previous case stemming from the Greg Mortimer cruise ship off the coast of South America.

NSW Health says there have been 3115 cases to date. No one is currently in intensive care.

NSW Education Minister Sarah Mitchell announced on Friday that school sports could resume from the start of Term 3 in late July.

It follows the announcement that community sport for both adults and children will recommence in NSW from July 1, with the state government on Friday committing $27 million to aid its resumption.

“The sports industry is a large part of our economy but more than that it contributes to wellbeing right across our state – mental health, physical exercise, being part of a community,” acting Sport Minister Geoff Lee said.

Up to 12,500 local sporting clubs will receive payments of up to $1000 while payments will also be made to 95 state sporting organisations.