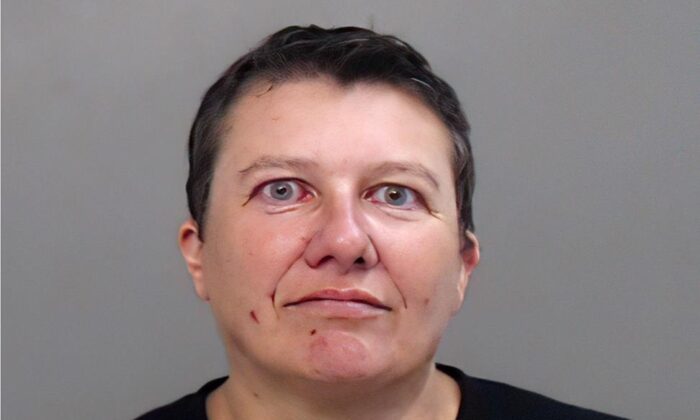 This photo provided by the Hidalgo County (Texas) Sheriff's Office, showing the booking photo of Pascale Ferrier. Ferrier, accused of mailing a package containing ricin to the White House, included a threatening letter in which she told President Donald Trump to “give up and remove your application for this election." That's according to court papers filed Sept. 22. Pascale Ferrier was arrested on Sept. 20 at the New York-Canada border (Hidalgo County (Texas) Sheriff's Office, via AP)
Canada

WASHINGTON—A United States federal prosecutor says his office is working on a plea deal that could be offered to a Quebec woman accused last year of sending poison to former president Donald Trump.

Pascale Ferrier made a brief appearance in a Washington D.C. court this morning by video conference, and her case is due to return to court Nov. 10.

Prosecutor Michael Friedman told the court he has discussed a plea deal with other Justice Department officials and has outlined the general contours of a potential offer to Ferrier’s defence lawyer.

Ferrier has been charged with threatening to kill and injure the U.S. president, sending threats through the mail and violating biological weapons prohibitions in relation to a letter containing the poison ricin that was mailed to the White House.

She also faces 16 federal charges in Texas related to letters containing ricin that were sent to law enforcement officials in that state.

David Bos, a public defender representing Ferrier, said the charges in Texas would also be part of plea negotiations.