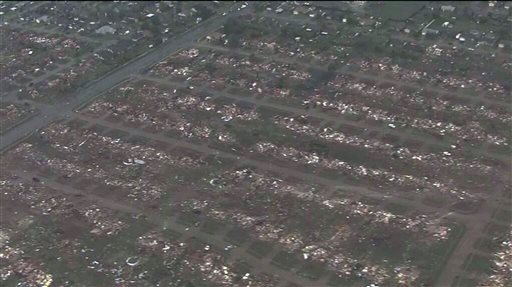 KFOR-TV reported that as many as 24 children were killed in the tornado in Plaza Towers, located in Moore, located outside of Oklahoma City.

Officials are carrying out a search and rescue effort to get people out of the destroyed school.

Several children have been pulled out of the rubble alive at the school, according to a photographer with The Associated Press.

The school’s roof was torn off and the walls had fallen down or collapsed.

The National Weather Service said the tornado was was an EF-4 and had winds up to 200 miles per hour.