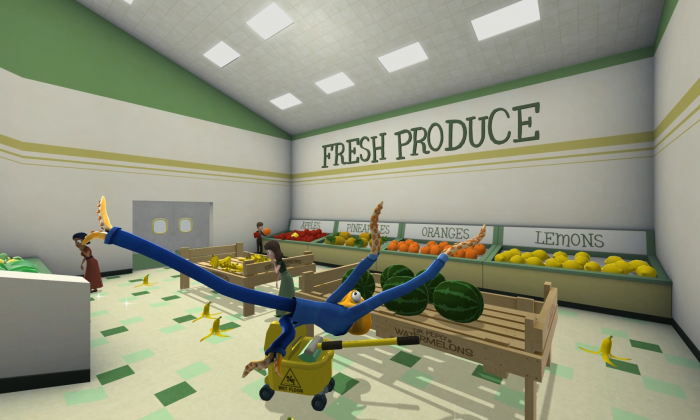 Many gamers are predicting that Octodad: Dadliest Catch will be one of the free games on PlayStation Plus in August.
Gaming

PlayStation Plus: Free Games List for August 2014 Get PS Plus Members’ Predictions

The official or leaked list for free PlayStation Plus games in August isn’t out yet, but gamers are trying to predict which games will make the list.

Check out the top predictions from gamers on the PlayStation forum.

Meanwhile, a new coupon for $10 off a PlayStation Plus membership has emerged.

“This $10 savings may not seem like a lot, but it adds up to the service being an even better dollar-for-dollar value when you consider everything you get either for free or buy at heavy discounts,” notes HardCore Gamer.

“If you’ve missed out on it because you didn’t have a PlayStation-branded system, this is a great time to buy. It gets you free games on the PS3, Vita, and PS4 – with some including cross-buy allowing you to play them on multiple devices. The price for PS+ rarely goes down outside of a Black Friday sale, so this is a must-buy if you don’t have it or if you’re close to a renewal period.”