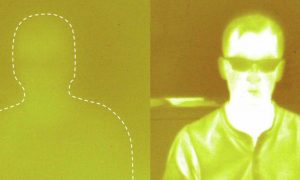 How to Turn Sulfur Waste Into Night-Vision Goggles
0 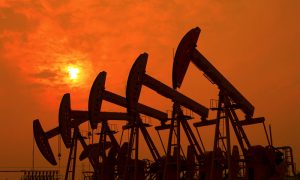 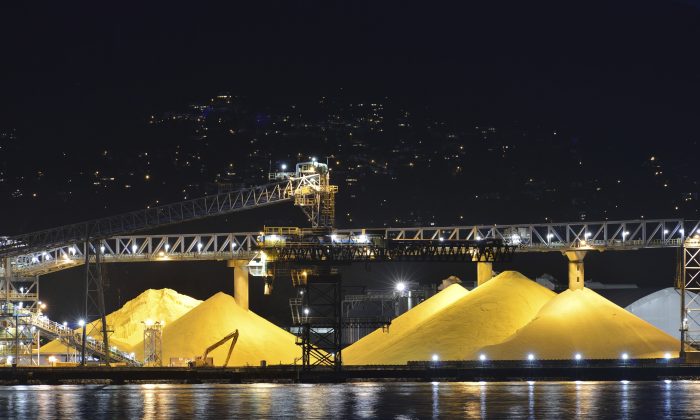 A file photo of piles of yellow sulphur on at a port in Vancouver, Canada. (Kongxinzhu/iStock)
Opinion

What has chemistry ever done for me, you might ask? Just as Dustin Hoffman was told by one of his would-be mentors in The Graduate, one answer is plastics—one of the greatest chemical innovations of the 20th century.

Most plastic items are made of chemicals such as polyethylene (PET), polypropylene (PP), polyurethane, or polyvinylchloride (PVC) which are all derived from oil. These monomers are obtained industrially from the fractional distillation of crude oil, and polymerized in great quantities with catalysts in a process developed in the 1950s and 1960s. Chemists Karl Ziegler and Giulio Natta shared the 1963 Nobel Prize in Chemistry for their titanium catalyst process, which for cost-effectiveness has yet to be bettered.

So the industrial feedstocks and methods of manufacturing plastics have not changed significantly for more than 60 years. But the situation has: oil is harder to come by and (usually) more expensive, and environmental pressures are growing. If we want to keep plastics, we will need to find new ways of making them.

Oil is harder to come by and (usually) more expensive, and environmental pressures are growing. If we want to keep plastics, we will need to find new ways of making them.

Both an important mineral for health as a solid but poisonous as a gas, sulfur usually conjures up vivid images of fire, volcanoes and, through its archaic name brimstone, even hell itself. But in fact sulfur is a waste product from many industrial processes and could be an alternative to oil from which to manufacture plastics.

An important mineral for health as a solid but poisonous as a gas, sulfur usually conjures up vivid images of fire, volcanoes and, through its archaic name brimstone, even hell itself.

Under the right conditions, initially discovered by Jeffrey Pyun, sulfur can change from its usual ring-like chemical structure and instead form into long chains. These chains of sulfur can be joined together to create a solid plastic or rubber using other organic molecules to link them together. This process is dubbed inverse vulcanization, as it is the opposite of the vulcanization process applied to carbon to make rubber.

Patented by Charles Goodyear in 1844, the vulcanization process joins long chains of carbon molecules using sulfur, transforming liquid oil into solid rubber. So while rubber is mostly carbon with a small amount of sulfur, conversely sulfur-based plastics are mostly sulfur with a small amount of carbon. If we replace most plastics made with oil with plastics made with sulfur it would reduce demand for oil and put to use huge amounts of waste sulfur at the same time—the pyramids of sulfur pictured above are byproducts of the Alberta tar sands processing.

Our research has examined how to change the way sulfur polymers act so as to make them suitable for different uses. For example, we can change the properties and proportion of carbon depending on what is required—hard plastics contain more carbon molecules, soft plastics fewer. We can also add nanoparticles to the mix that have the properties we want the plastic to have, as they donate their characteristics to the end plastic result.

Oil companies already spend billions of dollars removing sulfurous compounds from petroleum every year to meet environmental regulations, as sulfur in the air forms sulfuric and nitric acid, which falls as damaging acid rain. And as the oil industry turns to extracting oil from sulfur-rich tar sands, the amount of waste sulfur increases hugely.

The processes developed by ourselves and others have shown that inverse-vulcanization polymers are not just viable but they can be customized to suit a range of applications, simply by heating melted sulfur and organic molecules at 185 degrees Celsius for 8–10 minutes without the need for a catalyst. Investigation into how this would work on a large scale has shown even lower temperatures can suffice.

How to Turn Sulfur Waste Into Night-Vision Goggles

In terms of customizable physical properties, the polymers can be molded into a variety of shapes, and astonishing detail is possible. By varying the organic content, the polymers can produce hard, glass-like plastics, or tacky, malleable substances which have potential as adhesives. This physical tuneability has led to their use even as a cathode material for a new generation of lithium-sulfur batteries. Sulfur polymers also reveal remarkable optical properties, assuming a native transparent, ruby-red color. This could be used for infrared lenses and/or optical filters. At this early stage, scientists are just scratching the surface of what could be possible.

Sulfur-polymeric materials are very much in their infancy. But if you consider the extent and speed of the development of plastics over the last 60 years, these materials might just offer a breakthrough in reducing consumption of fossil fuels and put us on course towards a responsible energy future. And who knows? There might be many more amazing properties to discover along the way.

Charles Dunnill is a senior lecturer in energy at the University of Swansea in the U.K. Joseph C. Bear is Ramsey fellow at University College London. This article was previously published on TheConversation.com