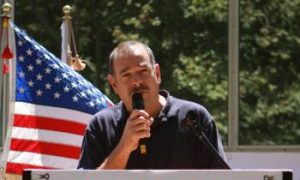 Plastic Surgery Among American Men on the Rise

Plastic surgery procedures have experienced an increase among middle-aged Americanmen, according to a recent report by the Miami Herald over the weekend.

In 2010, plastic surgery operations went up by around 2 percent, with the majority of the procedures occurring among baby boomers, according to the newspaper, citing the American Society of Plastic Surgeons.

“It’s more acceptable,” 50-year-old Ivan Malave, who had several procedures done including having his eyelids tucked and a hair restored, told the Herald. “My father would’ve never ever thought of doing this, but I definitely feel I made the right decision.”

Overall, 13 million cosmetic procedures were done in 2010 for both men and women in the United States, up 5 percent from the previous year, the American Society of Plastic Surgeons said in a report released a few weeks ago.

Botox injections were the most commonly-done, minimally-invasive procedures for both men and women.