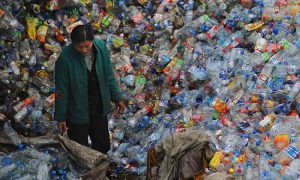 Reusing and Recycling is Part of Traditional Culture
0 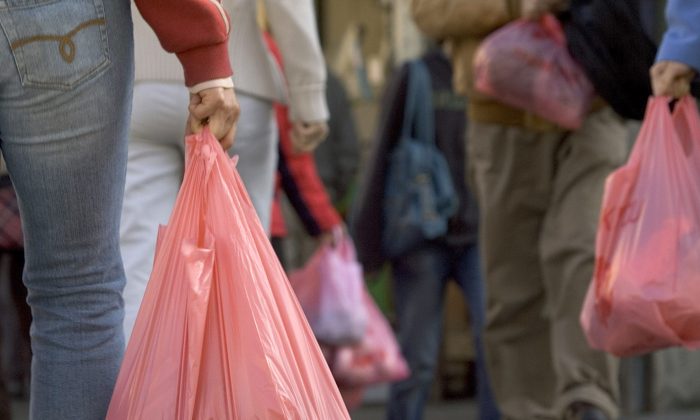 From April 2021, the charge for a single-use carrier bag will be increased to 10 pence (13 cents), doubling the current rate, and it will be mandatory for all retailers, the UK government announced on Tuesday.

This latest policy seeking to further reduce the use and disposal of single-use plastic is part of what the government calls a “war on plastic waste.” Eliminating avoidable plastic waste is one of the targets of the government’s 25-year environmental plan.

The government adopted the policy after considering the 583 responses to a public consultation on the issue in early 2019. Members of the public made up the majority of responses (437), followed by public bodies (43), NGOs (25), and others.

Laura Foster, head of Clean Seas at the Marine Conservation Society, said the news is encouraging.

“Since the introduction of the 5p carrier bag charge we’ve seen a more than 60 percent drop in the number of plastic bags on the UK’s beaches,” Foster said in a statement.

“It’s so important we reduce our reliance on single use items and we move to a culture of reuse. This increased charge, and extending to all retailers, will help remind people of everyday, simple changes they can make to help the marine environment.”

The current 5 pence single-use carrier bag charge was introduced in the UK in 2o15. Data shows that plastic carrier bag sales have dropped since then by more than 95 percent in England’s main supermarkets, the government said in a statement in July.

“The average person in England now buys just four bags a year from the main supermarket retailers, compared with 10 last year and 140 in 2014,” the government said.

Last year, the major supermarkets in the UK sold a combined total of 226 million plastic bags, 59 percent (322 million) fewer than the previous year.

According to the consultation document (pdf), small businesses “accounted for 27 percent of retail turnover in England, supplying an estimated 3.4 billion single use carrier bags free of charge” in 2015.

By the end of 2018, when the consultation proposal was published, the retail turnover of small businesses was estimated to occupy 33 percent of the entire retail sector, and the number of bags they supplied was estimated to be up to 3.6 billion.

Businesses are encouraged to donate the proceedings from single-use carrier bag sales to charitable causes. According to a government statement, 178 million pounds ($239 million) has been donated since 2015.