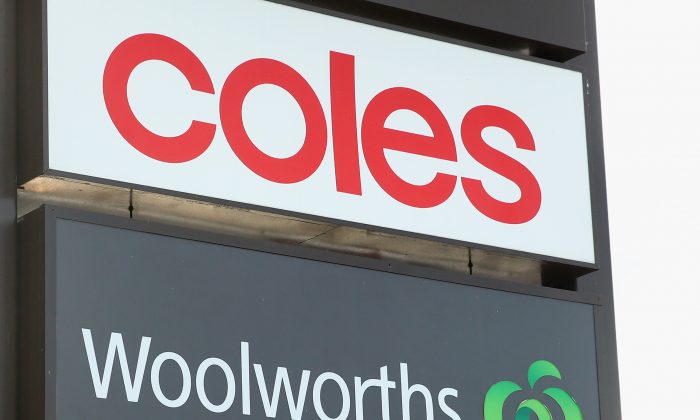 Coles and Woolworths signs are seen outside a shopping centre on May 25, 2015 in Melbourne, Australia. (Quinn Rooney/Getty Images)
Australia

The switch from single-use plastic bags to reusable ones may not only reduce environmental waste, but also improve supermarket bottom lines, The Conversation reported.

According to Associate Professor Gary Mortimer from the Queensland University of Technology, a potential gross profit of $71 million could be earned by selling the 15 cent reusable bag. The figure was based on a six cent profit on an estimated 1.18 billion units.

Woolworth’s managing director Claire Peters said: “Since we phased out single-use plastic bags nationwide on the 20th of June, some customers have told us that getting into the habit of bringing their own reusable bags has been a challenge.”

According to the Environmental Protection Agency (EPA), plastic bags make up 1.6% of litter Australia wide. Plastic waste (including plastic bags, bottles, and fishing gear) account for 80% of litter found in marine habitats; it also adds to the macro litter in the environment, waterways, and landfill. Plastic bags also take years to biodegrade, according to Waste Management Review.

Banning single-use plastic bags is only an initial solution.

“Getting rid of plastic single-use bags out of our supermarkets is seen as a good corporate social responsibility practice, but I think it’s only the tip of the iceberg,” Mortimer said.

In South Australia, after the single-use plastic bag was enforced in 2013, plastic bags decreased by 45 percent, but the sale of bin liners increased by 65 percent, according to Waste Management Review.

“I think there’s two elements at play. One is a genuine interest to remove plastic bags out of the environment, but we also can’t escape the other which would be a cost saving to retailers to remove that line cost out of their expenses,” Mortimer said.

“[S]imply charging for a plastic bag, without directing these funds into environmental programs, does not necessarily resolve the problem.”