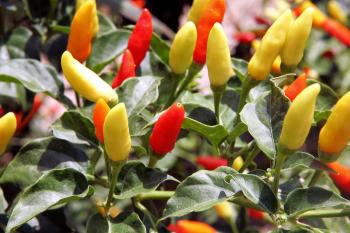 My husband and I moved into another house this summer, and because we spent so much time preparing to move, actually moving, and then unpacking (I still don't have everything back up on the walls yet), time for gardening (flowers and vegetables) was minimal.

I did get some tomatoes and peppers planted, finding out in the process that the area I planted them in had poor soil and not enough sun. We harvested a few good tomatoes and peppers, but it was mostly, at best, a learning experience. Some flowers, in pots and hanging baskets, also got planted, but suffice to say I did not really accomplish what I had originally intended.

So, when the end of August approached, I couldn’t help but feel a bit dejected and disappointed, since it was too late to do much more of anything . . . or so I thought! First, I noticed that on the backs of the packages of seeds I had originally bought to plant in the Spring, it clearly stated that certain vegetables and flowers could (and sometimes should!) be planted in the Fall.

Cross-referencing with the internet, I found that perennials in particular do best if planted in the Fall, since most plants consider the heat and sometimes drought of Summer to be the most taxing, whereas the cooler temperatures and more liberal rainfall of the Autumn season provide less stress.  (Maybe that’s why I always like Fall best, too!)

Of course, I had always known that it’s best—if not required—to plant daffodils, tulips, and similar plants in the Fall, but planting seeds that late seemed to be a silly waste of time and a lot of wishful thinking. Not so, according to my sources!

I also want to share some great websites that I plan to use myself in the future:

Remember:  gardening can be a year-round activity!