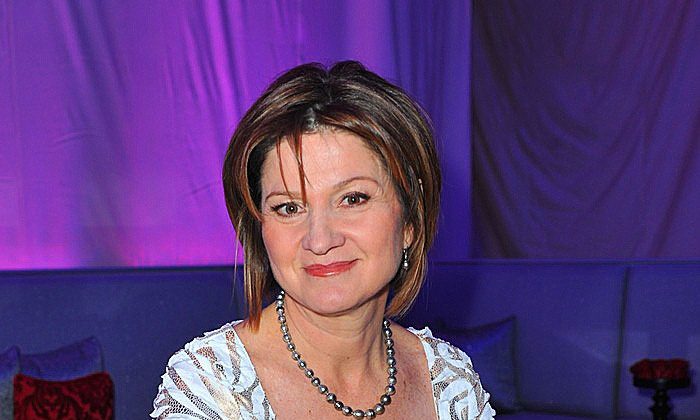 A general view shows crystals hanging from the ceiling at a preview of the 84th annual Academy Awards Governors Ball at the Hollywood & Highland Center on February 25, in Hollywood. (Ethan Miller/Getty Images)
Entertainment

Planning the Oscar After Party: The Governor’s Ball Preview

HOLLYWOOD— It’s considered by some to be the Super Bowl of “A-list” parties, and one of the highlights of the Academy Awards weekend. That is of course the celebration that immediately follows the awards show—that swanky after-party known as the Governor’s Ball.

This year marks the 84th annual Governor’s Ball. A preview of the lavish event took place on Saturday, Feb. 25, the evening before the show in the Hollywood & Highland 5th Floor Ballroom of the Kodak Theatre.

Cecchetto, the founder and president of Sequoia Productions has been the event organizer for the Governor’s Ball for 23 years running—a statement of excellence about her company. Originally from Ontario, Canada, Cecchetto herself has become a celebrity within the realm of event production, having been interviewed by most major media regarding her work with the Governor’s Ball.

Jeffery Kurland, a veteran Hollywood costume designer is overseeing the décor, menu, and entertainment planning for the event, and will design the attire to be worn by the evening’s staff. His accomplishments include an Oscar nomination for costume design in Bullets over Broadway, as well as many other notable productions including Erin Brockovich, Oceans Eleven and Inception.

Austrian celebrity chef Wolfgang Puck created the menu along with Matt Bencivenga and Executive Pastry Chef Sherry Yard. Puck is a celebrated restaurateur, an award-winning chef, philanthropist, and Emmy winner. Puck has pleased the palates of those attending the Governor’s Ball for the past 18 years. This year’s menu features over 50 dishes including appetizers and a 25-course dinner of small portions.

During our conversation, Cecchetto said this year the Governor’s Ball theme would be very different than in the past. Breaking from a long-standing tradition, there would be no reserved seating, no formal sit-down dinner, but rather “a Mediterranean-inspired theme, with warmth, a free flowing atmosphere—someplace you would never want to leave!”

The entire atmosphere within the ballroom including the ceiling, walls, and floor is built custom for the Governor’s Ball each year. The ballroom has a couture contemporary style, with Cecchetto describing it as “elegance in the air,”—a festive atmosphere in a relaxing environment with open seating.

According to Marco Fonseca and Dee Bryant, President and CFO respectively of Lux Lounge Event Furniture Rentals, 758 pieces of furniture, including chaises lounges, couches, tables, and fluffed pillows were custom-made for the Governors Ball.

The furniture was artistically positioned in the ballroom where guests can comfortably lounge and mingle with one another under 1,400 strands of Swarovski crystals hanging from the ceiling. Deep red roses and hibiscus flower arrangements by Mark Held adds warmth to the ambiance.

Guests will schmooze amongst four “Florida Cherry Blossom” trees custom-made by Arclite Inc. The company’s owner, Johnny Harutunian, said that each tree was lit up by 2,200 LED light bulbs.

The enormous crystal chandelier with silhouettes of Oscar statues engraved is located in the center of the ballroom. Under the chandelier is a rotating stage for DJ Vantage who will be spinning music. Also on expected to perform is Tony Bennett. Guests will dance on a custom-built golden sparkling floor.

Lauren Ashamalla, Cecchetto’s assistant, walked me through some of the massive undertaking it requires to bring the event to fruition.

“Planning usually starts 7-8 months prior to the event. Every surface is covered to create the theme, you’ll never see this for other events … Literally hundreds of people are involved (in bringing the event together).