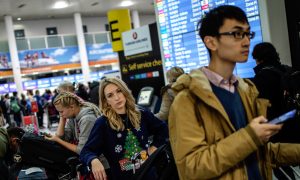 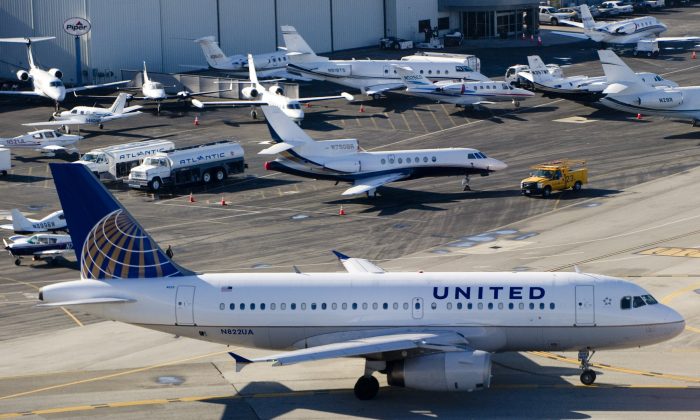 A petition has been created by the Democratic Mayor of Costa Mesa, Katrina Foley, to stop the proposed alteration of John Wayne Airport (JWA) in Orange County, California, which is planned to bring the airport into compliance with requirements set by the FAA.

Signs can been seen throughout the cities of Newport Beach and Costa Mesa that read “Stop JWA Expansion,” including a link to the petition that opposes the construction.

Mayor Foley’s petition states that the changes to the airport will negatively impact the surrounding community. A portion of the statement from the petition website reads:

“We urge the Orange County Board of Supervisors to protect the environment surrounding John Wayne Airport and the health of residents, and stop any plans to operationally expand John Wayne Airport. We encourage the Board to keep the blend of light General Aviation the same as it is today, to not expand the footprint of JWA, and to restrict expansion of corporate and private jet traffic now and in the future.”

The Epoch Times attempted to reach out to Mayor Foley’s office, however a request for comment was not returned.

Some local voices, however, argue that the complaints that many in the community have raised are a result of a misunderstanding of the planned changes to the airport. The Epoch Times spoke with Fred Fourcher, Founder and Board Member of the Southern California Pilot’s Association.

Fourcher explained that the airport would not be expanding beyond its already existing territory, but would be upgrading outdated facilities and hangers that date back to the early 1960s.

The buildings in consideration for the project are known as Fixed Base Operators (FBOs) and act as a parking garage and gas station for the planes.

“The road [on the interior side of the fence] needs to move ten feet closer to [Campus Drive]. The reason is because the main runway is not in compliance with setback requirements set by the FAA. That takes away 500,000 square feet by shrinking the general aviation side of the airport. So, we are actually contracting.”

In regards to the campaign to stop the changes to the airport, Fourcher told The Epoch Times that there was misinformation about the project. “I’ve seen from some of the local organizations in Newport Beach and Costa Mesa a lot of numbers and [calls to stop] expansion, but there is no basis to it. The airport has only so many acres. There is no movement of the fence line of the airport at all.”

Fourcher explained that many of the hangers, built in 1963, are rusting out. “They are beyond the end of their life. These hangers are not in an optimum position for small planes.”

The Epoch Times also spoke with Orange County Supervisor for District 3, Don Wagner, about the plans, which the county is responsible for implementing.

Wagner explained the misconception about the modernization plan. “Some members of the community, Newport Beach in particular, [see this] as an ‘expansion’ of the airport and there is no expansion. The loud commercial planes are covered by an existing settlement agreement and they are not part of this change to general aviation.”

Wagner went into detail as to what facilities will be altered on the airport grounds.

“Right now, there are two FBO’s and one has facilities on both sides of the runways, and there are limited FBOs that service the airplanes, and they are also spread around. One of the plans is to consolidate one FBO on one side of the field, the other FBO on the other side of the field, so that they are contiguous. You would no longer have safety concerns of towing a plane across an active runway. It would be a more reasonable and economic use of the space.”

While Wagner didn’t know how the other supervisors would vote, he seemed optimistic about the changes being enacted. “I hope it goes smoothly and that the folks in Newport Beach realize this is not actually an expansion, that their interests are being heard and we are working as fast as we can to satisfy their interests, while also making sure this countywide resource is set up appropriately for the next thirty years.”

The County Board of Supervisors is set to vote on the John Wayne Airport changes on Tuesday, June 25.