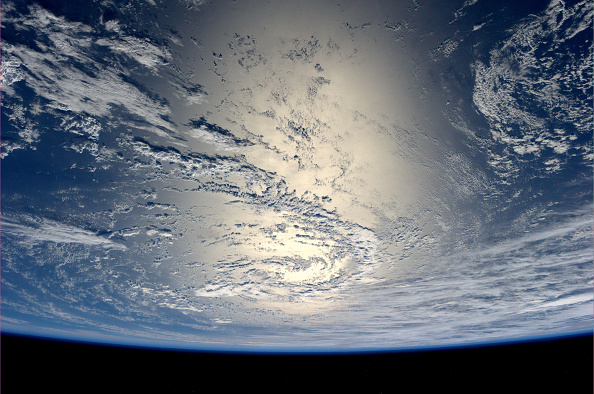 There’s only one of them. (Alexander Gerst / ESA via Getty Images)
Life & Tradition

An article saying a “planetary alignment” on January 4, 2015, “will decrease gravity for 5 minutes” and cause partial weightlessness is fake.

Every year, there’s been rumors about a so-called “planetary alignment,” but they’re obviously fake.

The hoax originated in the 1970s when British astronomer Patrick Moore made it up, telling his radio audience that the alignment would result in a gravitational pull that would make people lighter at 9:47 a.m. local time.

As Time magazine noted in a 2011 article:

The British media have a unique affinity for pulling April Fools’ pranks, matched only by the British public’s unique ability to fall for them. On April 1, 1976, BBC Radio 2 astronomer Sir Patrick Moore gave listeners some bunk about how, at 9:47 a.m., Pluto and Jupiter would align in such a way as to temporarily reduce Earth’s gravity. Moore told listeners to jump at exactly that time to experience the once-in-a-lifetime effect. At 9:48, callers flooded the lines, eager to describe how they had briefly floated. News that Moore had played them no doubt brought everyone crashing back to earth.

A few days ago, fake news website Daily Buzz Live posted a variation of the hoax, which generated tens of thousands of Facebook shares in a short time. It reads:

Strange natural occurrences are happening in the world today. But nothing more magnificent than the one you will experience on January 4, 2015.

According to British astronomer Patrick Moore, at exactly 9:47 PST AM on January 4th, Pluto will pass directly behind Jupiter, in relation to Earth. This rare alignment will mean that the combined gravitational force of the two planets would exert a stronger tidal pull, temporarily counteracting the Earth’s own gravity and making people virtually weightless. Moore calls this the Jovian-Plutonian Gravitational Effect.

The site has a disclaimer, which basically says it publishes fake news:

Daily Buzz Live is a news web publication with news articles. Most are inspired by real news events, And just a few stories are works of complete fiction. Those few articles are for entertainment purposes only. The articles and stories may or may not use real names, always a semi real and/or mostly, or substantially, fictitious ways. Therefore, just a few articles contained on this website Daily Buzz Live are works of fiction. Any truth or actual facts contained in those stories or posts are purely incidental or coincidental and not intended to be, or be construed as, facts.