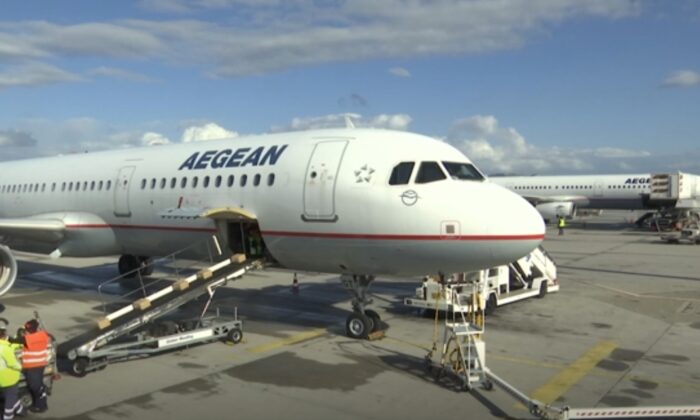 Humanitarian aid for Ukraine is being loaded onto an aircraft at Athens International Airport in Greece, on Feb. 27, 2022. (AP/Screenshot via The Epoch Times)
Russia-Ukraine War

Planes With Aid for Ukraine Loaded at Athens Airport

They carried items such as blankets and food, from the Greek armed forces, officials said.

“Responding to a request by Ukraine and in consultation with its NATO allies and its EU partners, and showing its solidarity with the suffering Greek people, Greece will send, within the day, defense equipment,” a government statement said.

Two C-130 planes with the equipment have left a military airport west of Athens bound for Poland.

The first of them is already at Rzeszow-Jasionka airport in Poland, unloading, and the second will arrive later, a Defense Ministry official told the Associated Press.

In Athens, hundreds of Ukrainians have gathered in the city center to protest the invasion.

This is the fourth day of protests against Russia’s invasion by Ukrainians living in the country.