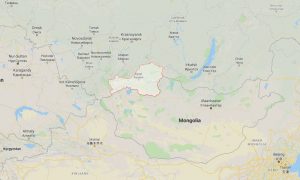 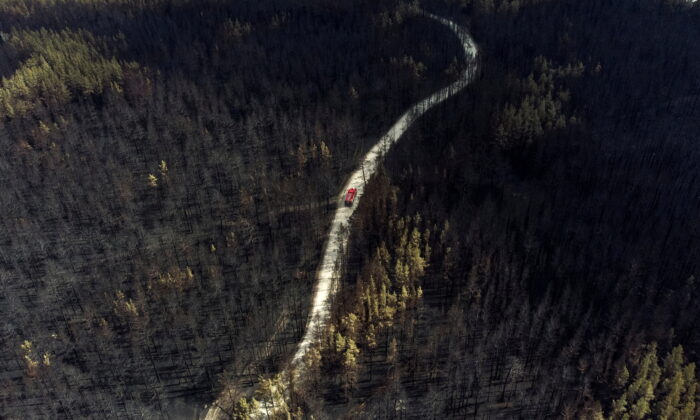 A fire truck drives across a forest burnt by wildfire towards to the settlement of Zapasnoye in Chelyabinsk Region, Russia, July 12, 2021. (Alexey Malgavko/Reuters)
Europe

Russia’s army sent firefighting planes on Tuesday to battle huge wildfires that have blanketed Siberian towns in thick smoke as residents complain of being suffocated in a region known for its frozen tundra that is now sweltering under a heatwave.

With flames tearing across some 800,000 hectares (1.98 million acres) of Russian forest, the hardest-hit region of Yakutia in the north has been in a state of emergency for weeks.

“We’re suffocating, our lungs are being poisoned by acrid smoke,” reads one of two online petitions by Yakutia’s residents addressed to President Vladimir Putin. They are asking for more equipment and forces to combat the fires.

“The fire risk has seriously flared up across practically the entire country because of the abnormal heatwave,” Defense Minister Sergei Shoigu told a meeting on Tuesday. “The most difficult situation is in Yakutia.”

On Tuesday, more than 2,600 firefighters were battling blazes in Yakutia, which has borne the brunt of huge forest fires in recent years.

Putin ordered the defense ministry to assist local authorities, while the army deployed several water-dropping Ilyushin Il-76 aircraft to douse the flames from the sky, Shoigu said, without specifying exactly how many aircraft were sent.

The Siberian fires have raised fears about the permafrost and peatlands thawing, releasing carbon long stored in the frozen tundra.

Meanwhile, ash from the fires could blanket nearby snow cover, turning it dark so that it absorbs more solar radiation and warms even faster.

While fires rage through forests, the country has struggled under a heatwave that has broken several temperature records in western Russia. Moscow roasted at 33.1 degrees Celsius, its hottest June 13 in 85 years.

In Siberia, the city of Yakutsk hit 35C at one point; the region’s city of Verkhoyansk—seen as one of the coldest places on earth—saw temperatures of over 30C, the state weather forecast agency said.

“The temperature is really high, 8–10 degrees higher than the norm. It’s really unusual for the temperature to be over 30 degrees towards the north,” the agency’s head of science, Roman Vilfand said at a briefing.

He said the temperature should fall in the coming 7–8 days with rain also increasing, factors that should slightly reduce the risk of new fires sparking though they might not stop existing fires from spreading.

Similar conditions in parts of Canada and the U.S. Pacific Northwest have also lead to wildfires.