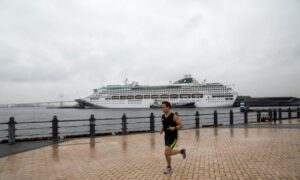 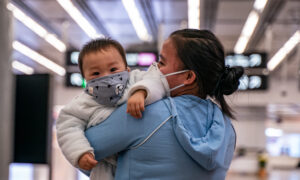 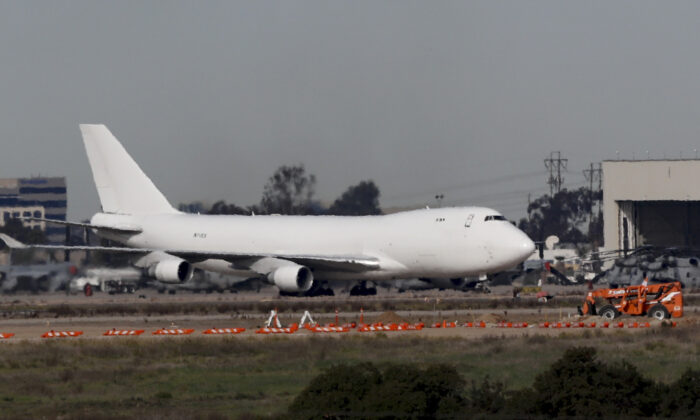 Two planes carrying evacuees from Wuhan, China—the epicenter of the new coronavirus—landed in California on Wednesday while two other planes were slated to land elsewhere on Thursday, federal officials said.

The two planes that landed on Wednesday arrived at Travis Airport Base between Sacramento and San Francisco, the U.S. military said. One plane was continuing to Marine Corps Air Station Miramar in San Diego.

On Thursday, one additional plane will land at Lackland Air Force Base in San Antonio, Texas, while the fourth will land at Eppley Airfield in Omaha, Nebraska, Dr. Nancy Messonnier, director of the National Center for Immunization and Respiratory Diseases, told reporters in a telebriefing.

Messonnier said she couldn’t provide exact numbers in terms of the passengers in each plane and the overall total. The two planes landing in California had 350 people total on board, the military said.

Centers for Disease Control and Prevention (CDC) personnel would meet the planes and assess the health of the passengers through temperature checks and observing for respiratory symptoms. The passengers will be quarantined for 14 days, the outer edge of the incubation period, from their departure from Wuhan.

Any people showing symptoms of the coronavirus would be sent to a hospital for tests and further evaluation.

The first 195 people evacuated from Wuhan landed at the March Air Force Base on Jan. 29. The base is located in Riverside County, California.

Everyone on board passed through multiple medical screenings before landing and additional screenings after landing. The CDC issued a quarantine after a passenger tried leaving the military base.

The first person showing symptoms of the virus, a child, was sent to the hospital on Tuesday with a fever. “There are many reasons why children have a fever,” Messonnier told reporters, adding that the evaluation of the child is progressing and authorities are awaiting test results.

The people quarantined at the base would be free to leave on Feb. 11 provided they and any family members quarantined with them are also healthy. They would be considered healthy if the 14 days from leaving Wuhan elapse without them showing any symptoms.

“As long as they are healthy and their immediate family is healthy, our plan is to release them and help them get to their final destination,” Messonnier said. No additional monitoring would take place. “Right now our plan is to leave them alone and let them get on with their lives,” she added.

Officials expect more confirmed cases to arise among the evacuees but there has not been any additional confirmed cases since the eleventh in the country was confirmed earlier in the week, the director said. She echoed World Health Organization head Dr. Tedros, who said during a meeting this week that officials have a “window of opportunity” to deal with the virus since the vast majority of cases are in one country, China.

Officials are preparing as if the outbreak is a pandemic but are hoping it’s not, Messonnier said. She discussed sending test kits to laboratories across the United States and outside the country and said the agency would keep reporting cases on its website three times a week, on Mondays, Wednesdays, and Fridays.

“This is the beginning of what could be a long response,” she said. If community spread is established in the United States, broader measures will be put into place.