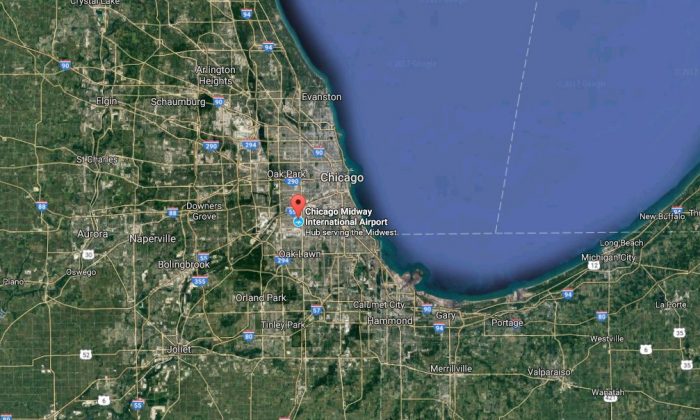 Plane Slides Off Airport Runway at Midway Airport Amid Storms

A plane slid off a runway at Chicago’s Midway Airport on Wednesday, July 12, in the afternoon.

Footage shows the small plane about 30 feet from the runway on the grass.

Marks showing where the plane skidded can be seen.

WGN-TV reported there were no injuries so far.

Airport officials were warning customers to be wary of flight delays due to storms, Patch.com reported.

Near Chicago’s O’Hare Airport, lightning struck the ground near a passenger plane.

A flash flood watch was declared for Northern Illinois, which includes Chicago, by the National Weather Service on Wednesday afternoon.