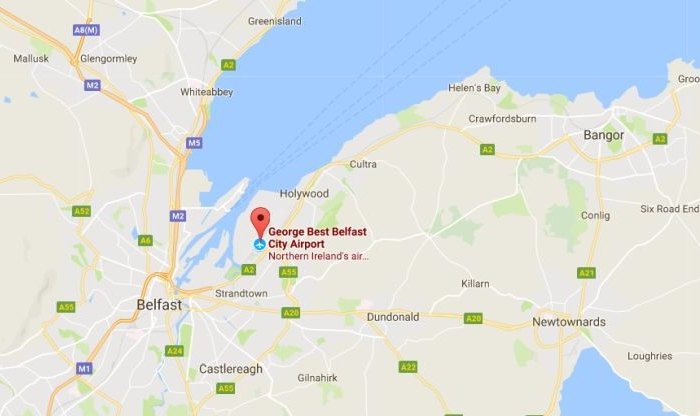 A Flybe aircraft crash-landed in Belfast after an emergency landing in Northern Ireland, the Guardian reported on Friday.

Flight BE331 to Inverness crashed on Friday with 56 passengers and crew on board. They escaped serious injury, but one passenger was taken to the hospital for a hand injury, the report said.

#BE331 landed without nose gear at Belfast International Airport with minor injuries. ? pic.twitter.com/3yVeAUyeVy

The plane took off from George Best Belfast City Airport at around 11:20 a.m. on Friday, Nov. 10, and was forced to circle the city and dump fuel before coming back to the airport to crash-land, Flybe said.

A Flybe representative told the newspaper: “Our primary concern is for the welfare of the passengers and crew. All statements relating to this incident will be posted.”

“There are no further reports of any other passenger or crew injuries,” the representative said.

The plane then landed without any nose landing gear.

“We are sending a specialist team to Belfast to offer assistance and we will now do all we can to understand the cause of this incident,” the Flybe spokesperson told the paper.

The Air Accidents Investigation Branch (AAIB) told the BBC that it will send investigators to look into the crash-landing.

“Landing without a nose gear is a very difficult manoeuvre, but one pilots train extensively for,” the British Airline Pilots’ Association (BALPA) tweeted. The Flybe pilots “appear to have done a sterling job,” the agency added, as the BBC reported.