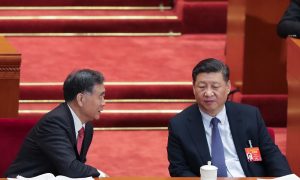 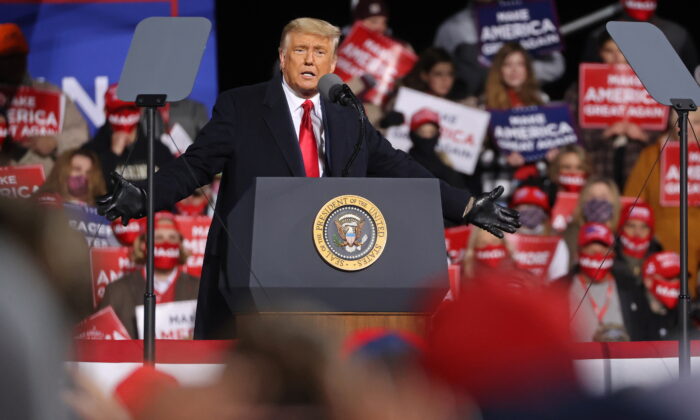 The Pittsburgh Post-Gazette editorial board has endorsed President Donald Trump, arguing that the president’s record on the economy, trade, judicial appointments, and energy policy should weigh more heavily with voters than his sometimes controversial behavior and personality.

Trump presided over a pre-pandemic economic boom that was the longest in American history.

“Under Donald Trump the economy, pre-COVID, boomed, like no time since the 1950s. Look at your 401(k) over the past three years,” the editorial board wrote, noting also that under Trump unemployment among black Americans hit historic lows. While the outbreak of the CCP (Chinese Communist Party) virus hit labor markets hard and saw unemployment among blacks in America briefly hit levels similar to those during the 2007-2008 Great Recession, it now remains well below those peaks.

While the recovery from the pandemic lows remains incomplete, with overall unemployment now standing at 7.9 percent, over half of the 22 million jobs shed since the outbreak hit the economy in March have been recovered in record time.

Another bright spot in the president’s record that the Post-Gazette says speaks in favor of a second Trump term is the recalibration of trade policy that has sought, among other objectives, to protect and reshore American manufacturing jobs.

“Under Mr. Trump, our trade relationships have vastly improved and our trade deals have been rewritten. Thanks to him, middle America is on the map again and the Appalachian and hourly worker has some hope,” the editorial board wrote.

In terms of energy policy, which is of key concern to voters in the region, the Post-Gazette hailed Trump’s record on supporting fossil fuels.

“Under Mr. Trump the United States achieved energy independence for the first time in the lifetimes of most of us. Where would Western Pennsylvania be without the Shell Petrochemical Complex (the ‘cracker plant’)?” they wrote. They contrasted Trump’s energy policies with those that can be expected under a Biden presidency, which they argued would cost many people in the region their jobs.

“It offers an end to fracking and other Cuckoo California dreams that will cost the economy and the people who most need work right now. ‘Good-paying green jobs’ are probably not jobs for Pittsburgh, or Cleveland, or Toledo, or Youngstown,” they wrote.

Trump has also been famously tough on China over the CCP’s mercantilist policies and other unfair trade practices, with the Post-Gazette arguing that, if Democratic nominee Joe Biden wins the race for the White House, expectations are that he will soften this stance.

“It offers softness on China, which Mr. Trump understands is our enemy,” the editorial board wrote, referring to Biden’s position.

“The Biden-Harris ticket offers us higher taxes and a nanny state that will bow to the bullies and the woke who would tear down history rather than learning from history and building up the country,” they wrote.

While the editorial board criticized Trump for his at-times divisive style and unstatesmanlike demeanor, they argued that the real litmus test of his merit as president is policy.

“Isn’t the real question whether he has been taking the country, and the economy of this region, in the right direction these last four years?” the editorial board wrote.

Arguing that Trump is “not a unifier,” while Biden represents “a safe pair of hands,” the editorial board wrote that the president’s personality should not outweigh his track record in voters’ minds.

“Donald Trump is not Churchill, to be sure, but he gets things done,” they wrote.