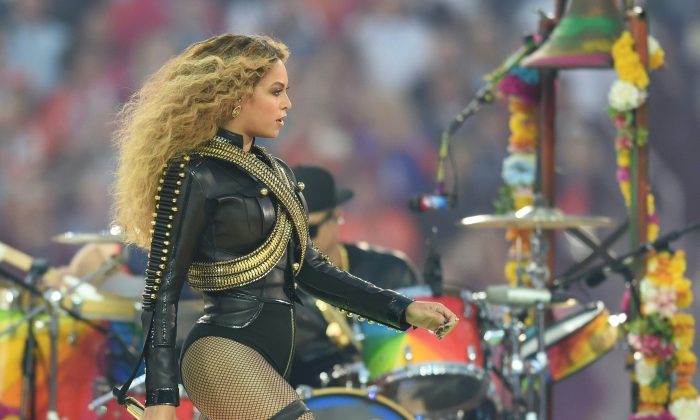 Beyonce performs during Super Bowl 50 between the Carolina Panthers and the Denver Broncos at Levi's Stadium in Santa Clara, California, on February 7, 2016. / AFP / TIMOTHY A. CLARY (Photo credit should read TIMOTHY A. CLARY/AFP/Getty Images)
Entertainment

Beyoncé accused of being 'anti-police'
By Sherley Boursiquot

Some Pittsburgh police officers are refusing to work for Beyoncé’s upcoming concert at Heinz Field on May 31 saying the “Formation” singer is anti-police.

According to reports, police will file an unfair labor grievance against the city if they are being forced to work.

“There are police officers that have expressed that they do not want to support an artist that they don’t like what she has to say,” said Robert Swartzwelder, president of the Fraternal Order of the Police Lodge No. 1. “It’s up to them what they want to do with their off-duty time.”

Swartzwelder further explained that it is strictly voluntary to work at these events. Therefore, forcing officers to work violates the city’s contract with the police department, he said.

However, the city’s Chief of police, Cameron McLay, released a statement over the weekend saying they have appointed enough volunteers for Beyoncé’s concert:

The facilitation of the flow of traffic in the City of Pittsburgh is a foundational responsibility of the Pittsburgh Bureau of Police.

The Police Bureau will ensure there are sufficient officers deployed to ensure citizens do not experience unreasonable traffic congestion or compromised traffic safety consistent with that responsibility.

I will forward a detailed breakdown of the police resources devoted to traffic control during this event to City officials, and it will be a City decision what costs to absorb, and what police services to bill to Heinz Field.

The Police will focus on keeping this community safe while others handle the billing aspects of such events. It is the City’s position this manner of scheduling is consistent with the collective bargaining agreement with the FOP. As always, differences in interpretation of the contract can be disputed through the existing legal channels.

There has been a lot of controversy about Beyoncé views when it comes to police; in a rare interview with Elle magazine in April, the pop star said despite what is being said, she is not anti-police.

“Anyone who perceives my message as anti-police is completely mistaken.

“I have so much admiration and respect for officers and the families of officers who sacrifice themselves to keep us safe,” she said.