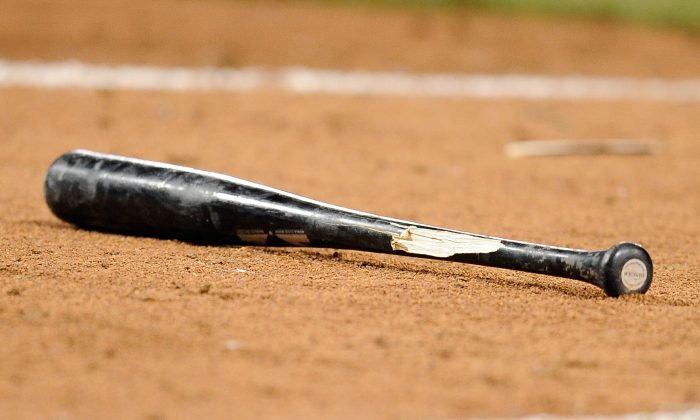 A detailed view of a broken bat during the game between the Pittsburgh Pirates and the Cincinnati Reds on June 17, 2014. (Joe Sargent/Getty Images)
Baseball

An anonymous, quick-thinking Pittsburgh Pirates fan is being hailed as a hero after sticking out his arm to deflect a flying baseball bat headed towards a kid sitting next to him on Saturday in a Florida spring training game. The image, captured by photographer Chris Horner, has been re-tweeted more than a thousand times already.

@BiertempfelTrib The two frames showing just how close the bat was to the boy’s head. pic.twitter.com/7VwnfWp8L1

The kid appears to be busy paying attention to his smartphone as the bat heads straight towards his head. Thankfully no injuries were reported. Pittsburgh won the exhibition game 9–6 over the the Atlanta Braves.