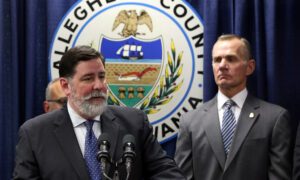 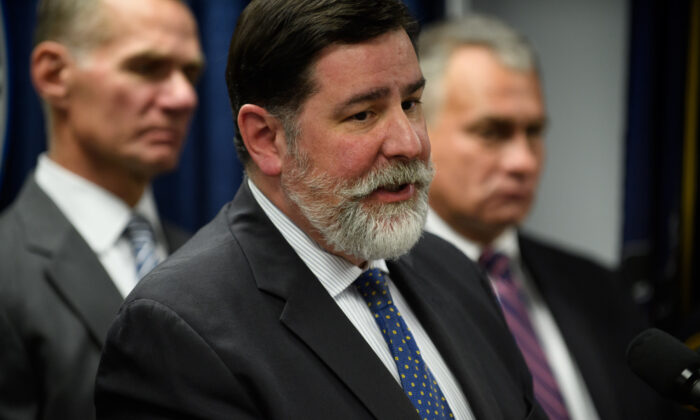 The mayor of Pittsburgh late Tuesday conceded in a primary race to challenger Ed Gainey, a Democrat who currently holds a seat in the state House of Representatives.

Mayor Bill Peduto, a Democrat, said he called Gainey and congratulated him.

“Wishing him well. Thank you Pittsburgh for the honor of being your Mayor these past 8 years. I will remain forever grateful,” Peduto said in a tweet.

Gainey told an election night party that “one person can’t change a city.”

“A city is changed with all of us. A city is changed when we all come together to improve the quality of life for everybody. That’s why I ran for mayor, because I believe that we can have a city for all. And we will work hard—not just I as mayor but we as community, we as city, will work to build a better city called Pittsburgh for everybody,” he added.

As of Wednesday morning, the unofficial tally showed Gainer ahead with 25,860 votes, to Peduto’s 22,002.

Tony Moreno, a retired police officer, had just over 7,300 votes.

There was no official Republican candidate. There has not been a Republican mayor of Pittsburgh since the 1930s.

Peduto had championed investments made in affordable housing as he was mayor. The Democrat also hired the highest numbers of police officers and firefighters in decades, according to his campaign website.

Gainey ran on a platform that included “demilitarizing” the police, reform officers’ use of force, and passing a law that would ban no-knock warrants and solitary confinement. He would be the city’s first black mayor if elected in November in the general election.