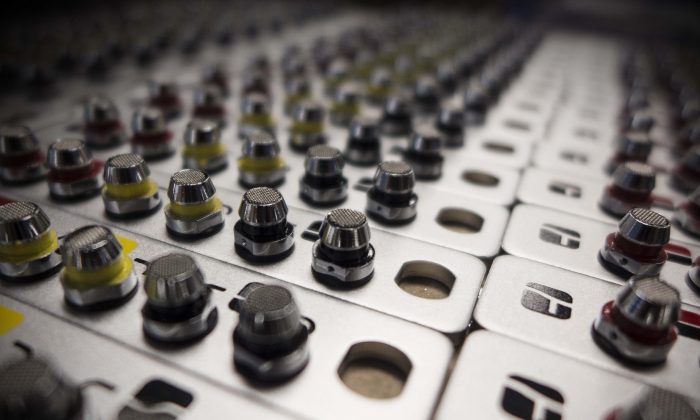 Torque Valves, a new kind of headphone that has built-in EQ adjustment to reduce distortion and improve the listening experience. Each color of earbud is adjusted for a different kind of music. (Courtesy of Torque Audio)
Tech

Enhancing the quality of capture
By Catherine Yang

Consumers are coming closer and closer to capturing reality with a single click. Smartphones reinvented the camera, and year by year allow users higher resolutions and more features.

Why shouldn’t audio allow for the same quality in capture?

Anyone who has ever heard live music will notice the difference between a recorded track and the live sound. The microphone can capture everything, according to audio engineers, but only amplification and frequency are reproduced. The “phase” or “geography of sound,” which mimics cues in distance and direction of the acoustics, isn’t reproduced in a recording.

Oftentimes, if it’s necessary to reproduce, it is taken care of with a surround sound system—speakers are placed at distances and orientations mimicking the desired “real” setup. But BSG technologies has come out with a consumer-grade device to achieve this.

The problem came about when a physicist, who was a pianist himself, recorded a performance he gave inside a stone cathedral. He felt like none of what he heard was truly captured, and through years of research produced very expensive audio equipment with BSG technologies. It has since been used by large studios, but at a thousand-plus price point.

Friday, the company launched Reveel, a built-in headphone amp that can also connect to other speakers to be sold through Amazon.com at around $120 next week.

Whether or not it’ll be picked up by audiophiles has yet to be seen, but it sounds like good news for bands and artists.

How much the average listener cares about sound quality is debatable.

According to a Stanford study, younger listeners care more about audio quality today, but despite that it’s easy for convenience to win out. It’s gotten easier to store higher quality audio files, but they tend to not be as accessible. MP3s have taken over with the rise of the iPod and iTunes, but is actually on the lower end of quality formats.

Torque Audio seeks to solve this problem by tackling the ears—more specifically, earphones and headphones. Half of the brand’s focus is on earbud design, and the other half is on customizing sound with special earphones.

“The difference with our product is that it’s tunable by the consumer,” said Yasu Yamamoto, co-founder of Torque, at the first Engadget Expand NY event over the weekend.

Yamamoto unveiled three new valves—or earphone “settings”—at the event Friday. All six valves can be switched out in a set of earphones to customize the sound, each with a different preset.

“Why not just use the EQ in your iPhone?” Yamamoto acknowledged. “In short, distortion.”

There are two types of distortion, analog and digital, Yamamoto explained. Analog distortion tends to be “warm” and acceptable to ears, but digital distortion from using your phone’s equalizer is unpleasant.

“The correct way to do EQ is subtractive tuning,” Yamamoto said. “Let’s say you want bass—instead of boosting the bass you actually subtract the treble.”

Like this, the six valves come with presets of reference, deep, clear, torque, smooth, and bliss, catered to different genres of music and listeners’ preferences.

Mobile device cameras have provided more than just placing a camera into the hands of millions of people, all the time. Aside from quality, phone manufacturers have given users a wide range of functionality.

The “PiCam” by Pelican Imaging allows for post-capture re-focusing, video re-focusing, capturing the 3D range of an image, and instant background extraction for photos.

Lisa Garvey, senior marketing director of Pelican Imaging, says the company is currently in negotiations with “basically all the major smartphone manufacturers” regarding their technology.

See the change in focus in the four pictures below.

Pelican’s “PiCam” technology can change the range of focus in a picture, bringing out specific people or objects.  This photo is the original, with everything in focus.

PiCam has narrowed the depth of focus to the toad in the forefront.

PiCam here narrows the depth of focus to the toad on the other side of the fountain. (Courtesy of Pelican)

PiCam in this photo limits the depth of focus to the two women in the background. (Courtesy of Pelican)