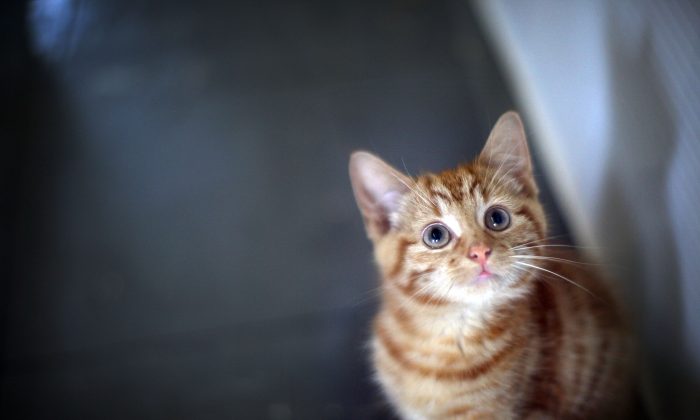 Pit bulls at an Alabama animal shelter escaped from their cages, WTVY reported, and mauled over two dozen cats to death.

Employees arriving at the Dothan Animal Shelter in Dothan, Alabama, on the morning of Thursday, July 25, found that 29 cats had been mauled to death.

“Those dogs forced their way out of a pen. Then, they pushed hard enough on galvanized bars to knock (the bars) out of their clamps,” shelter director Bill Banks told WTVY.

Man Spends 1.5 Hours to Build a Cat Door, but How His Kitty Walks In Is Hilarious

That move caused the chain-link fence to fail, allowing the pit bulls to roam free.

“These dogs were able to eat their way out, for lack of a better term, and attack these cats. That is horrible,” Dothan City Commissioner Beth Kenward told WTVY.

Kenward told the news outlet that the shelter is outdated and in need of an upgrade.

Mayor Mark Saliba agreed with Kenward’s assessment, telling WTVY, “It’s sad, and there is no doubt that (a new shelter) is overdue.”

“I think the facility needs to do some kind of rearranging with the animals or make sure that everything is properly boarded up so it doesn’t happen again,” one commenter wrote.

“Every single animal shelter I’ve been to has a dog wing and a cat wing with at least 4 doors between all animals (kennel door and the door to the wing),” another commenter wrote, adding, “How is this even possible???? Was this a licensed shelter???”

“Have y’all even been to the shelter lately?” someone responded. “They do in fact have two wings for cats and dogs inside. However they have so many strays coming in they have an area in the back chained in. These workers are doing their best to care for the unwanted and lost animals. How about going out there and taking a look for yourself instead of passing judgement.”

The dogs had been brought to the shelter on Wednesday, Banks told WTVY, adding that no decision had been made as to the fate of the pit bulls.

Website DogsBite.org says that each year “an American has a one in 50 chance of being bitten by a dog.”

In a 14-year analysis covering the period of 2005 through 2018, there were 471 fatal dog attacks in the United States. Pit bulls contributed to 66% (311) of these deaths, the website notes, adding that pit bulls and rottweilers together accounted for 76% of all dog-related deaths.

The report compiled fatal dog attacks between 2005 and 2018, showing that 48 percent of the victims were children aged 9 or younger. The highest age-specific fatality rate is infants less than one-year-old, accounting for 48% of all victims under the age of two.