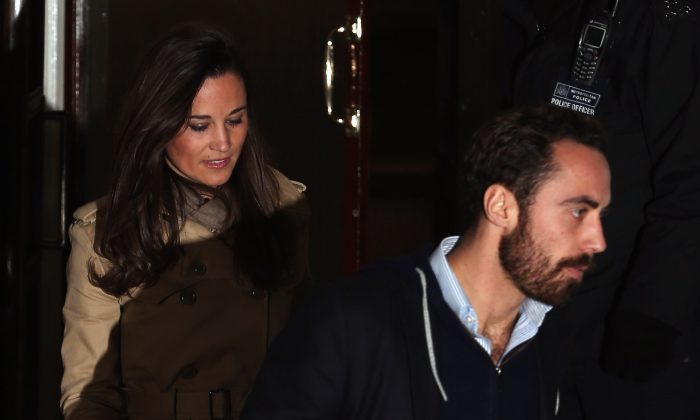 Kate Middleton’s siblings Pippa and James probably won’t be bringing their significant others to the Duchess’ Christmas party, according to a new report.

Pippa and James have been put in charge of food for the evening, perhaps the reason they have to leave their partners behind.

The pair have not been told yet whether they can bring their partners or not, but as the date approaches and no word comes, it becomes more and more likely they’ll be attending alone.

A family friend said as much, speaking anonymously.

“William and Kate are really excited about spending their first Christmas at their new country home,” says a friend. “They plan to have lots of family and friends come to visit,” the friend told Vanity Fair.

“Pippa and James will be at Anmer for Christmas, but most likely on their own.”

The Duchess and Duke have broken tradition by planning two separate Christmases–one with the royal family on Christmas Eve, as has been done for years, but the other with mostly Kate’s family and friends, on Christmas Day.

They’ll be hosting the latter at Amner Hall, the mansion given to William by Queen Elizabeth. However, they’ll still spend some time with the royal family on Christmas, including reportedly some tea with the Queen and Prince Phillip.

They will be spending Christmas Eve and some of Christmas Day with the royal family and then they plan to return to Anmer for a second Christmas with Kate’s family,” the source explained.