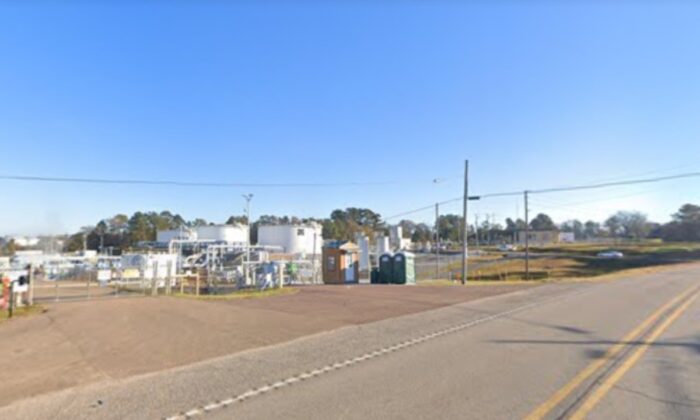 The Collins Pipeline Co. in Collins, Miss, in November 2021. (Google Maps/Screenshot via The Epoch Times)
Crime and Incidents

The spill from the 16-inch (40-centimeter) diameter line operated by Collins Pipeline Co. was discovered on Dec. 27 near a levee in St. Bernard Parish, just east of New Orleans, according to documents from the Pipeline and Hazardous Materials Safety Administration.

In October 2020, an inspection of the 42-year-old pipeline had revealed external corrosion along a 22-foot (7-meter) section of pipe in the same area as the spill. But repairs were delayed and the line continued operating after a subsequent inspection indicated the corrosion was not bad enough to require work immediately under federal regulations, according to the pipeline agency.

The spilled fuel contaminated soil and created a large pool of diesel in an environmentally sensitive area just a few hundred feet from the Mississippi River, the documents show.

An estimated 50,000 gallons (227,000 liters) of diesel were later recovered and cleanup of the remaining fuel is ongoing, the documents show.

Company representatives did not immediately respond to email and telephone messages seeking comment.

By Janet Mcconnaughey and Matthew Brown