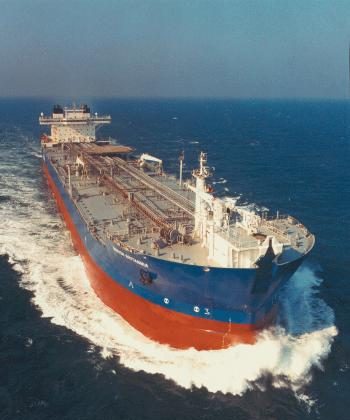 By Chris Wirth and Joan Delaney
Print
With the 20th anniversary of the devastating Exxon Valdez oil spill coming up on March 24, concerns are mounting over a proposed twin pipeline megaproject running from Alberta to British Columbia that would cross hundreds of kilometres of untouched wilderness.

The Enbridge Inc. Northern Gateway project would carry tar sands petroleum from Edmonton across northern B.C. to Kitimat en route to markets in Asia and the west coast of the U.S. A second pipeline would move condensate, a compound used to thin petroleum, from Kitimat back to Edmonton.

The $4 billion-plus project, which includes the construction of a supertanker terminal in Kitimat, would transport an estimated 525,000 barrels of oil per day and result in heavy oil tanker traffic along the rocky northern coastline of B.C.

Worried about the risk of oil pipelines and tanker traffic to ocean and salmon stream eco-systems, a number of First Nations and environmental groups oppose the Gateway project, including the Dogwood Initiative, an organization based in Victoria dedicated to sustainable land reform.

“They are proposing transporting almost half of the total production of the Alberta oil sands through the coast of BC, which is a lot of oil and hundreds of tankers. With that amount of oil comes a significant risk with spills at the port, spills from the tankers, and with spills on the pipeline,” says Charles Campbell, Dogwood's communications director.

To raise awareness, Dogwood has distributed over 200,000 removable “oil slick” decals to stick on loonies, which also display the organization's website, notankers.ca.
This has raised the ire of the Royal Canadian Mint, which has warned Dogwood that it is violating the law by defacing currency and could face fines and imprisonment.

Campbell argues that the law in question was designed to prevent people from melting down coins and using them for other purposes, noting that loonies carrying the decals are undamaged and perfectly usable. He says the campaign will continue.

“We feel that the risk of an oil spill outweighs the risk of prosecution. There’s nothing to prevent people from using these coins and furthermore we encourage them to use them and continue putting them into circulation.”

Friends of Wild Salmon (FWS), a citizens’ coalition based in northern B.C., is calling for a public enquiry into the project. FWS coordinator Pat Moss says that aside from tanker traffic, the location of the pipelines, which will cross hundreds of salmon streams and two major rivers, is a worry.

“Certainly the biggest single concern would be a major oil spill from a tanker on the coast as there’d be so much oil spilled at one time. But the pipeline also crosses over a 1,000 kilometres on its way to the coast, which includes numerous crossings of the Fraser and Skeena rivers.”

Moss disputes claims that the project will benefit the long-term economy of the region and questions whether the employment it does create is worth the damage the tanker traffic could have on the all-important salmon industry.

“There are hardly any ongoing jobs beyond the construction phase, and the question is are you putting at risk the many thousands of jobs that rely on wild salmon and the coastal water system. The wild salmon economy is a critical part of the economy of British Columbia, and we don’t want to trade off the employment and economic benefits of one sector for another.”

Steven Greenaway, Enbridge’s VP of public and government affairs, says the Calgary-based company “probably shares nearly all” the environmental concerns surrounding the project but believes that the safety measures proposed to deal with the increased tanker traffic can alleviate many potential risks.

“We don’t see it as an economic versus environment, win-lose proposition. For example, we believe our marine plan, that would see four to six powerful escort tugs operating on the north coast, new radar installations, and increased environmental monitoring, can actually make all shipping safer on the north coast than it is today,” he says.

While many of the 4,000 construction jobs created by the pipeline will be short-term, Greenaway points out that those employed will have learned new skills which they can use to start other careers.

The project will create many long-term jobs related to the maintenance of the pipeline and the marine terminal in Kitimat, he says, as well as generate substantial tax revenue for the B.C. and Alberta governments. There is also potential for B.C. shipyards to build up to six support tugs.

The Edmonton Journal reported that Enbridge had an increase in oil spills in 2007 to 13,177 barrels, up from 5,633 barrels in 2006. In January, Enbridge was successfully sued for $1.1 million by the state of Wisconsin for violating permits relating to wetlands and waterways.

Throughout the fall, Enbridge held a series of open houses in communities along the pipeline route, and a Joint Review Panel (JRP) process by the Canadian Environmental Assessment Agency and the National Energy Board is scheduled to start by mid-2009.

However, a resolution passed at a First Nations Summit in Vancouver in November called on the federal government to establish an independent First Nations review process for the pipeline project.

Hereditary chiefs, elected chiefs, and representatives from six First Nations agreed that consultation attempts by the government and Enbridge have not met “a standard of genuine engagement” with the six groups.

The Haida Nation of the Queen Charlotte Islands has said it opposes the plan, which would bring more than 150 oil tankers a year into the North Coast waters at the edge of Haida territory.

"The Haida Nation will certainly not accept tanker traffic where we would bear the burden of risk and oil spills in our waters. Our livelihoods would be jeopardized," said Robert Davis, representative of the Council of the Haida Nation, in a news release.

Some First Nations along the pipeline route are considering legal action because they say they won’t be involved at the decision-making level in the JRP. They say the review process is currently designed to grant approvals irrespective of potential harms in First Nation communities

According to the Calgary Herald, Enbridge is considering offering aboriginal groups an equity stake in the pipeline in order to secure their support. At the earliest, construction of the 1170–kilometre pipeline could begin in 2011 or 2012.

Meanwhile, Dogwood’s Campbell says the decal campaign will continue at least until the B.C. provincial election on May 12.

“We have hundreds of supporters who are ordering the decals themselves and putting them in circulation. That speaks to the commitment that British Columbians have to the coast and reflects the polls that say B.C.’ers don’t want oil tankers plying their coastal waters."