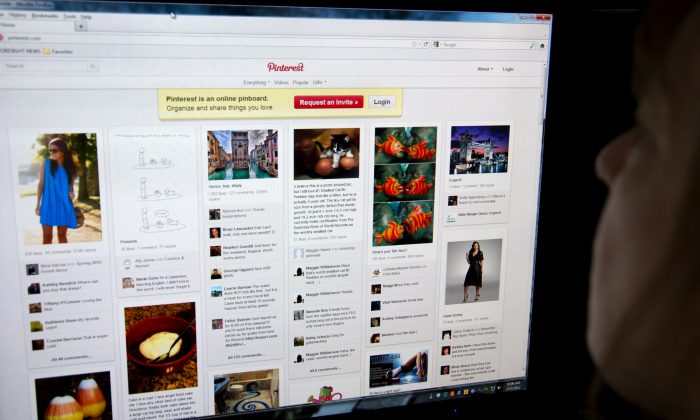 The stress stems from “the worry that they’re not crafty or creative enough,” according to Today, which conducted the survey.

Symptoms include staying up until 3 a.m. on the website and feeling like a failure as a mom because baked goods don’t turn out how they’re supposed to.

“It tricks you into thinking that everyone is baking their own bread,” Jenna Andersen, 28, a mother of two, told Today. “Pinterest is largely a site of unrealized dreams.”

Anderson, of Palo Alto, California, runs a blog, Pinterest Fail, which has accounts of Pinterest-inspired crafts and recipes gone wrong.

Pinterest is a relatively new social media website geared towards women where one “pins” a picture, recipe, or some other visual thing onto a virtual bulletin board. The site has attracted hundreds of millions of users.

Glennon Doyle Melton, a mother of three in Naples, Florida, told Today that it’s time to for mothers to lower their expectations of themselves.

“Being a parent is so physically and emotionally and mentally exhausting,” she said. “To add 17 layers of perfection and cutesiness? I don’t know of any study that ever said kids turn out better if they have rainbow colored birthday cakes. Why are we doing this to ourselves?”