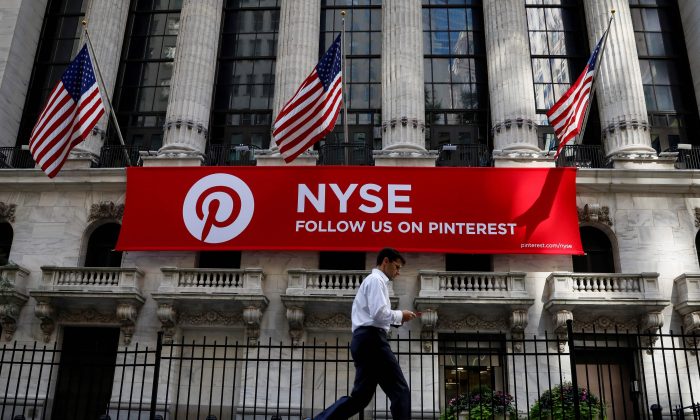 Pinterest Inc. is seeking to raise as much as $1.28 billion in a U.S. initial public offering that could value the company below the amount it reached in its last private valuation.

The maker of online inspiration boards is offering 75 million shares for $15 to $17 apiece, according to a filing April 8. Based on the total number of Class A and Class B shares outstanding after the offering, if it priced at the top of the range, that would give Pinterest a market valuation of about $9 billion, according to data compiled by Bloomberg. Its fully diluted value could be higher.

In its last private funding round in 2017, the company raised $150 million for a total valuation of about $12.3 billion. Pinterest will start its IPO roadshow in New York on April 8 and travel to cities including Boston, San Francisco, and Chicago to market the shares, according to a term sheet reviewed by Bloomberg. It aims to price the stock after the market closes on April 17.

San Francisco-based Pinterest accelerated its offering to capitalize on the hot U.S. market for IPOs, which expects to see a flurry of U.S. tech companies go public this year. In March, No. 2 U.S. ride-hailing giant Lyft Inc. priced its shares at $72 in the largest offering from a tech upstart since Snap Inc. went public two years ago. Lyft was the biggest U.S. listing after the partial government shutdown dampened first quarter listings’ momentum. After dipping below the IPO price, Lyft is now trading around $75.

Pinterest earlier revealed about $756 million in revenue from online advertisements in 2018, a 60 percent growth rate that accelerated from the year prior. Its net loss shrunk to $63 million in 2018 from $130 million in 2017. Pinterest says 265 million people use the digital scrapbook at least once a month.

The share sale will be led by banks including Goldman Sachs Group Inc., JPMorgan Chase & Co., and Allen & Co. Pinterest applied to list on the New York Stock Exchange under the ticker PINS.