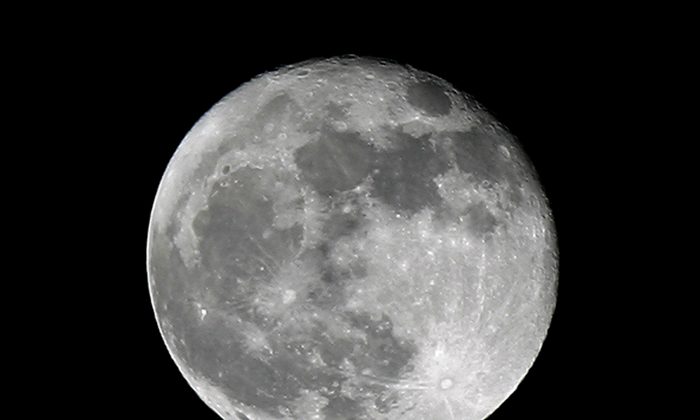 A full moon is seen in the Kuwait City on April 8, 2012. (YASSER AL-ZAYYAT/AFP/Getty Images)
Science

The Farmer’s Almanac says that the moon gets its name from the from the herb moss pink, or wild ground phlox, a spring flower. It doesn’t mean that the moon is actually colored pink, although it has been observed to have a pinkish hue at times.

Some Native American tribes also called the moon the “Full Fish Moon,” as it was when certain fish began to swim upstream to spawn, according to the Almanac.

British singer-songwriter Nick Drake famously wrote a song about the pink moon: “I saw it written and I saw it say/Pink moon is on its way.”

But as Space.com notes, this year’s pink moon is different because it will take place on the night of a lunar eclipse. People in North America won’t get to see it, but those in Europe, Africa, and much of Asia likely will.

Space said that on 2:04 p.m. EDT, the moon will meet with the Earth’s shadow and will be under the shadow two hours later.