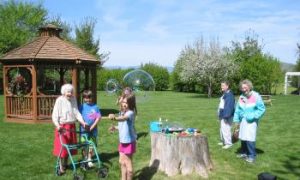 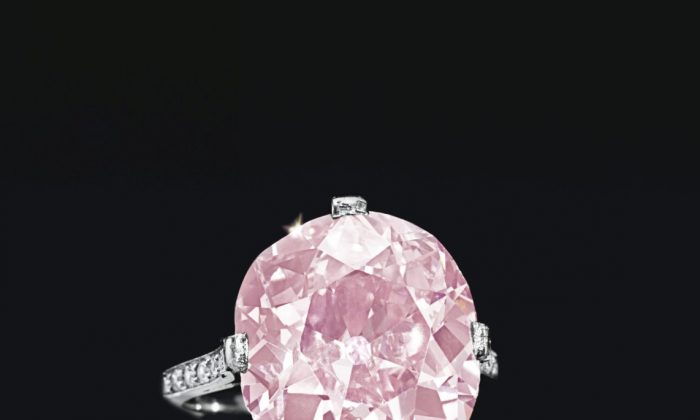 The fancy vivid purplish pink diamond ring, weighing 9.00 carats, mounted in platinum By Dreicer & Co. (1910), that sold for $15.7 million at Christie's. (Courtesy of Christie's)
US

Christie’s top 10 lots included mostly single diamonds, but also rings and necklaces, which sold for between $1.3 million and $7.5 million each. The sale totaled $70.7 million, and was sold 95 percent by lot and 97 percent by value.

The Clark Pink ring was the star of the show. The cushion-cut fancy vivid purplish pink diamond ring of 9.00 carats by Dreicer & Co., circa 1910, was estimated to sell for $6 million to $8 million. Brett Stettner, of Stettner Investment Diamonds took home the trophy ring for around double that.

“The collection of jewels from the Estate of Huguette M. Clark sparkled in the saleroom with the $15.7 million Clark Pink becoming the most valuable pink diamond ever sold at auction in America,” Christie’s Rahul Kadakia, Head of Jewelry, Christie’s Americas, commented in a press release.

“This is the second most valuable private collection sold in the United States in the last decade, just behind the legendary jewels of Elizabeth Taylor,” Kadakia said.

Sotheby’s sale of Magnificent Jewels totaled $43.2 million, well above the auction’s $31.1 million high estimate and selling 88.2 percent by lot. This is the highest total for a Sotheby’s spring jewels sale, topping last April’s then record result of $39.4 million.

“We were especially pleased with the performance of the estate jewels on offer,” commented Gary Schuler, Head of Sotheby’s Jewelry department in New York in a press release. “All 47 lots found buyers, demonstrating that collectors remain eager for jewels with great design and great provenance.”

“This is the real strength of auctions,” explained Lisa Hubbard, of Sotheby’s International Jewelry Division. “Bringing jewels to the light of day after decades spent in private collections, with fresh-to-the-market examples of signed pieces and fabulous stones.”