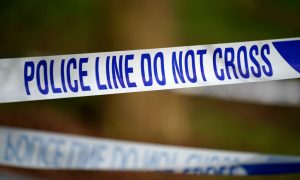 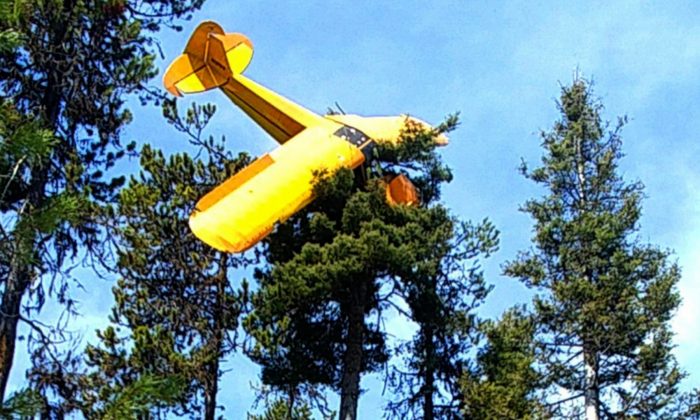 Pilot Rescued From Plane That Crash-Landed Atop Idaho Tree

MCCALL, Idaho—A pilot who was trying to crash-land this week in an Idaho field instead brought his small plane to rest at the top of a 60-foot tree, officials said.

Pilot John Gregory was not hurt in the Monday night crash, which happened when his single-engine Piper Cub PA-18 lost power and a wing strut became entangled in the tree, according to the fire department in the resort town of McCall.

Gregory was rescued from his perch atop the giant white fir by volunteer firefighter Randy Acker, who owns a tree removal company.

“My thought was, ‘I need to get up there and see what’s going on,’” Acker said.

Acker had Gregory stand up in the plane so he could cut the pilot’s harness and clip him to a safety line for the descent. Gregory was brought down safely with the plane still lodged in the branches.

Most of the weight of the plane was borne by one tree, but it also was touching a nearby tree.

“Those wings were perfectly centered over the top of the tree,” said McCall Fire Capt. Brandon Swain.

A piece of the plane’s propeller and one of its wheels had fallen to the ground, but the rest of the plane was intact, suspended in the tree.

Acker cut branches as he scaled the tree until he was about 20 feet from the top, where higher branches were supporting the plane.

Swain said Acker then secured the plane to the tree using rope webbing before Gregory was rescued.

“I’ve never seen anything like this happen,” Acker said. “Just glad I was able to help.”

Officials are trying to determine how to remove the plane from its perch and warned people to stay away from it.

Authorities say a 4-year-old boy and his grandparents were rescued after their small plane crashed in southern Illinois.

The fixed-wing single-engine Piper PA-32 was traveling from Mobile, Alabama, when it went down in rural Monroe County on its way to St. Louis Downtown Airport in Cahokia, Illinois, on March 12.