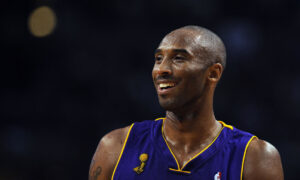 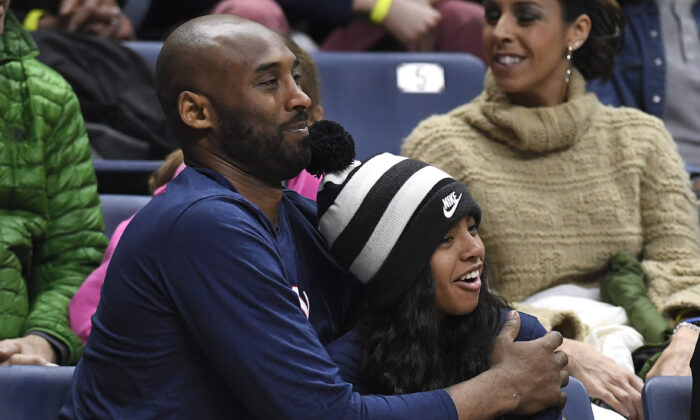 Kobe Bryant and his daughter Gianna watch the first half of an NCAA college basketball game between Connecticut and Houston in Storrs, Conn., on March 2, 2019. (Jessica Hill/AP Photo)
Sports

Bryant, Zobayan and seven other people died when the helicopter crashed as it headed to a youth basketball game on a foggy morning on Jan. 26.

The Los Angeles Times was first to report the alleged violation.

While operating an Island Express helicopter in May 2015, Zobayan was denied clearance through Los Angeles International Airport due to reduced visibility from weather conditions.

An air traffic controller informed him the airfield was reporting less than basic visual flight rules (VFR) minimums, but Zobayan violated the rules and flew into the airspace, according to the enforcement records.

He “took responsibility for his action, and was willing to take any other necessary steps toward compliance.”

“Mr. Zobayan was counseled on operating in Class B airspace, special VFR weather minimums, proper planning, reviewing weather and anticipating required action. He was cooperative and receptive to the counseling,” the report adds.

The underlying root cause of the violation was “human factor > aircrew > proper planning,” according to the report. The records state that had Zobayan properly planned and reviewed current weather conditions at LAX, he would have been able to anticipate the required action to get clearance to fly. In doing so, he would have had “proper coordination, a proper request, and elimination of confusing terminology.”

“Proper coordination should have included an earlier initiation of communication to allow time for receiving a clearance,” the report adds.

Before Bryant’s helicopter crashed into a mountainside near Calabasas on Jan. 26, it had operated under “special visual flight rules (SVFR),” according to an air traffic control conversation with the pilot, captured by website LiveATC.net. The SVFR was for an earlier part of the flight through Burbank Airport airspace.

An SVFR clearance allows a pilot to fly in weather conditions worse than those allowed for regular visual flight rules.