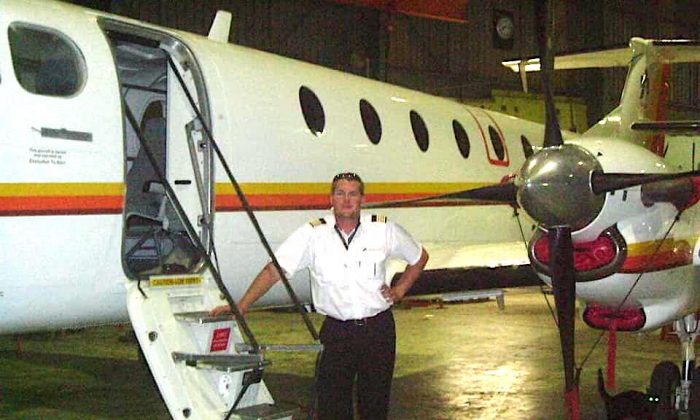 A South African pilot reportedly took his own life when he flew a plane into a building in Botswana in an apparent attempt to kill his wife on Saturday.

Several reports indicated that pilot Charl Viljoen flew a twin-engine aircraft into the clubhouse of the Matsieng Flying Club at Matsieng airstrip, just outside the capital, Gaborone. Upon impact, the plane and building went up in flames, which also destroyed a nearby control tower and about 13 vehicles.

The pilot was certified dead upon arrival to the hospital, and no other casualties were reported.

The Matsieng Flying Club said in a news release that the plane flew into the clubhouse at ground level and was destroyed on impact. The flying club also said emergency services were on the scene within minutes.

The club said that, prior to the crash, the plane had made some low passes past the building, which prompted the club to evacuate.

“The aircraft approached Matsieng Aerodrome from the direction of Sir Seretse Khama Airport and made a number of low level fly pasts from different directions past the Club facilities next to the Air Traffic Control tower,” the group said.

“Matsieng Flying Club members sensed that the pilot might have had an ulterior motive at the time and ordered an immediate evacuation of the club premises.”

Charl Viljoen is identified as the pilot in command of the KingAir B200, at the time of the crash at Matsieng FlyingClub in Botswana

There were approximately 50 people attending a private baby shower in the building, Eyewitness News reports. The club said the pilot had earlier that day been removed as an uninvited guest from the baby shower. He had allegedly gotten drunk and had a fight with his wife, The Citizen reports. Viljoen and his wife had reportedly been living in Botswana for 10 years.

After he left the clubhouse, Viljoen, an employee of Kalahari Air Services, traveled north to Gaborone, where he took a Beechcraft Kingair B200 aircraft from Sir Seretse Khama international airport. He then flew the plane back to the Matsieng air strip.

A man at the baby shower allegedly received a phone call from the pilot asking where his wife was, reports Eyewitness. The man who received the call apparently realized Viljoen’s intentions and warned the event guests.

The black box from the plane was recovered Monday, and the Civil Aviation Authority Botswana (CAAB) is investigating the plane crash. According to The Echo, CAAB Head of Communications Modipe Nkwe said the aircraft had been cleared by air traffic controllers when it left the capital’s airport. He also said that, when the plane took off, the pilot said he intended to go to Matsieng.

It is unclear how Viljoen got access to the plane.

Botswana’s Minister of Transport and Communications Dorcas K. Makgato said in a press release that the pilot had informed air traffic control at Sir Seretse Khama airport that he would be performing touch and go operations in Matsieng. Makgato also said that the pilot was qualified to fly the aircraft he took and had an airport security pass.

He also said that preliminary investigations revealed that Viljoen was killed in the crash, and one person on the ground sustained third degree burns and was flown to South Africa for care. Relevant authorities led by the Directoriate of Accident Investigation is conducting an on-site investigation and a preliminary report is expected to be completed within a month, as per International Civil Aviation Organization requirements.