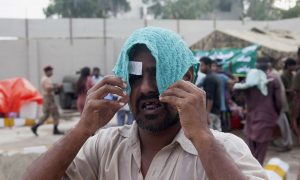 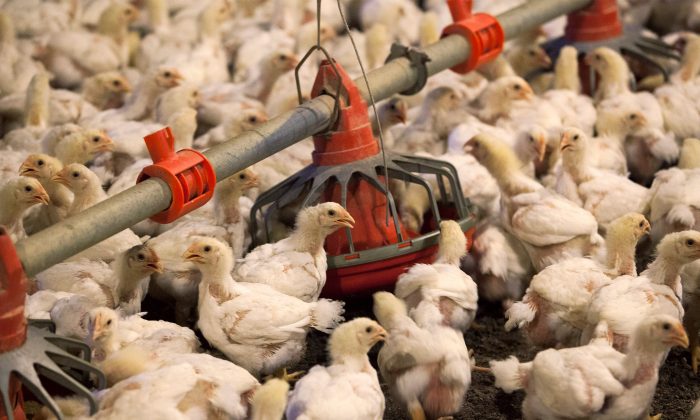 Piles of dead chickens were discovered outside of a major agribusiness shortly after a heatwave in the UK on July 25.

A reporter from local newspaper The Lincolnite claimed thousands of dead chickens were dumped outside the huge facility over the course of a few days.

The Lincolnite can reveal that thousands of dead chickens were dumped outside of an intensive poultry farm on the outskirts of the city after Thursday’s heatwave https://t.co/SqGQtr21EZ

When asked why the chickens were dead, farm workers blamed the recent hot weather for killing the livestock.

“We tried to do everything but there was nothing more we could do. The freak weather has done this to them, please don’t turn this into anything bad,” the unnamed staff member said, according to The Lincolnite.

Please remember all the animals being transported to their deaths today. It may be the #hottestdayoftheyear but the killing never ends, and it’s the animals who pay 😢 this is from a British slaughterhouse on Tuesday. There were dead chickens from heat exhaustion in the crates 💔 pic.twitter.com/9JQDoKGI0J

The workers claimed they made every reasonable effort to look after the chickens, including “carting the animals out of the farm.”

“Animal activists don’t think that we care about them but we really do,” the staff member said, according to the outlet.

Disturbing pics show thousands of dead chickens which baked to death at Tesco and Sainsbury’s supplier during heatwave https://t.co/eIRWeZgC46

The farm is understood to be a major supplier of chicken meat to Tesco, Sainsbury’s, and Co-op supermarkets, and online grocer Ocado.

Moy Park’s website shows the farm is part of the independent Red Tractor Assured Chicken and the Irish Food Board assurance schemes, which have inspected the farm to ensure food it produces is “fully traceable from pack right back to the breeder flock from which the chicks came.”

However, several concerned citizens are not convinced and have complained directly to the farm via its Facebook page.

“The company blame the hot weather … strange that we haven’t seen this happening anywhere else, or did the hot weather only reach Newton-on-Trent?” Julie Magee said on Facebook. “With thousands of birds crammed into filthy sheds, it’s more likely a case of some disease outbreak.”

Another person expressed her dissatisfaction with the farm’s handling of its livestock.

“Thousands died in your factory yesterday due to the heat and lack of water,” Cathy Sullivan said on Facebook. “This is not okay.”

Someone else described the farm workers’ lack of care for animals as “absolutely disgusting.”

“Thousands of dead chickens just dumped yesterday all because you were too lazy to give them some water and cool air in the middle of a heatwave,” Charlotte Kehlan Kebbell said on Facebook. “You can be sure that we will not be purchasing from you until you improve your welfare standards.”

However, a spokesperson from Moy Park maintained it “implemented procedures to help protect” the hens against extreme heat.

“The recent high temperatures have been very challenging for many in the farming and poultry industries,” the spokesperson said, according to The Lincolnite.