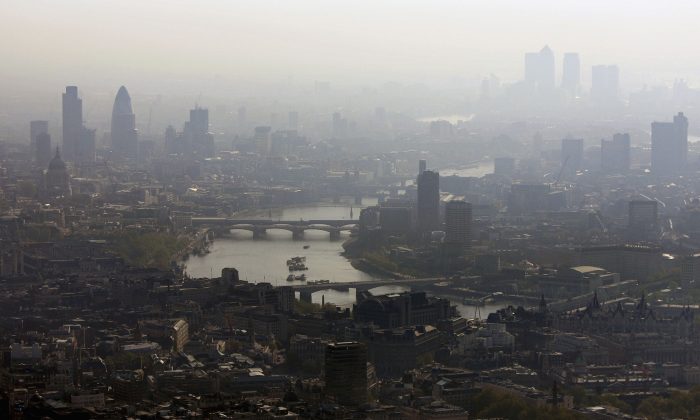 Pigeons in London Are Monitoring the City’s Air Quality

A flock of pigeons took flight on March 14 in London, but this time it’s to help the environment.

The birds are part of the Pigeon Air Patrol Team, and are well-equipped for their adventure—with small backpacks carrying pollution sensors and GPS trackers.

The equipment monitors the air quality of the location the pigeon has flown over and reports back data via their Twitter account, @PigeonAir.

Our #PigeonAir patrol are all roosting and we’re signing off for tonight. Goodnight London – see you in the morning! pic.twitter.com/R8MkU1Gz1V

The Pigeon Air Patrol is a project started by Plume Labs in collaboration with global marketing & technology agency DigitasLBi and Twitter UK, in an effort to bring awareness about air pollution, and will last from March 14 to March 16.

The patrol team includes Norbert, Coco, and Julius, which are featured on the Pigeon Air Patrol Twitter account. The birds come from different parts of London.

Introducing the #PigeonAir patrol team: Norbert, Coco and Julius. At your service! pic.twitter.com/N1vg5tZZak

[People] can ask for their locations to be read for air pollution by simply tweeting at the birds on Twitter.

“Putting air sensors on the back of pigeons goes beyond raising awareness of this problem and helps Londoners understand the impact of pollution in an accessible, tangible, and immediate way,” he continued.

People can track the birds through an interactive map on the project’s website, and can ask for their locations to be read for air pollution by simply tweeting at the birds on Twitter.

Pigeons fighting pollution: Simply tweet your London area to @PigeonAir & we’ll tell you how toxic it is! #PigeonAir pic.twitter.com/S3CKPx35Ry

Plume labs also has a free mobile app that offers an urban weather forecast for air pollution. The app has over 150,000 downloads worldwide so far.

However, the company plans to go further when it comes to monitoring air pollution. The company said in a video that it also wants to create the “first human powered air monitoring network.”

It plans do this through a crowdsourcing project and having humans carry sensors with them, whether it’s on their bag, bike, or dog leash.

Plume Labs said the sensors would then be able to read real-time pollution levels through mobiles, and will alert users when they are exposed.