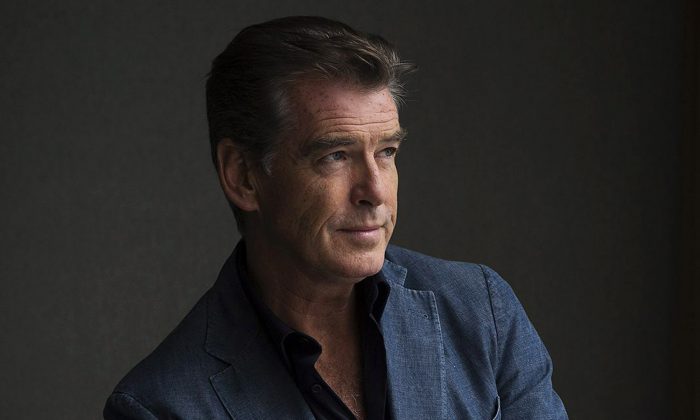 This Sept. 9, 2012 file photo shows actor Pierce Brosnan during a photo shoot to promote the movie "Love is All You Need" at the 2012 Toronto International Film Festival in Toronto. (AP Photo/The Canadian Press, Michelle Siu)
Entertainment

During his late night appearance on “The Tonight Show With Jimmy Fallon,” 007 actor Pierce Brosnan picked up a joystick to compete with Fallon in a game of the Nintendo 64 GoldenEye 007.

“I’m no good, I played once and shot myself in the foot,” Brosnan said before playing the game.

Fallon then said he’d like to challenge Brosnan in the game.

“This is kind of like a childhood dream of mine,” Fallon said.

The two went over to a big screen and Fallon explained to Brosnan which buttons on the joystick correspond to which function.

Some 20 seconds after the game began, Fallon found Brosnan’s character in the video game and shot him down. Then the two hugged it out.

Brosnan is in New York doing promotional work for his upcoming action thriller “The November Man,” which hits theaters nationwide on August 27, 2014.