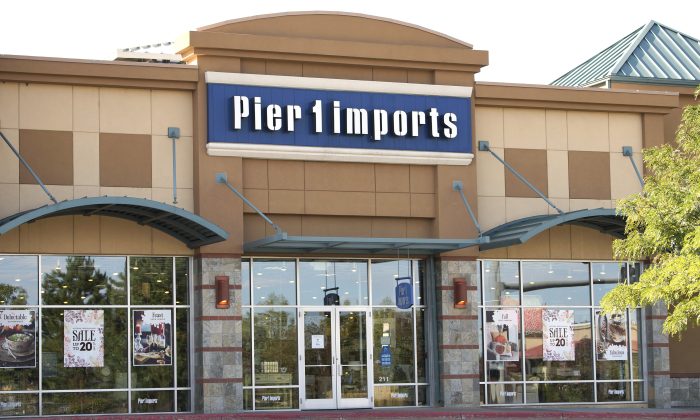 Pier 1 Imports to Close All 540 Stores Amid Pandemic

Retailer Pier 1 Imports announced Tuesday it is planning to shut down all its stores for good, three months after it filed for bankruptcy.

The Texas-based firm wants to stop all its retail operations “as soon as reasonably possible” and has asked a bankruptcy court for approval. The temporary store closures in response to the CCP (Chinese Communist Party) virus was the reason for the decision to shut down, Pier 1 said.

In a news release, Pier 1 said it evaluated alternative ways to stay in business but said that liquidation is the best course of action.

“Ultimately, due to the combination of a challenging retail environment and the new reality and uncertainty of a post-COVID world, the company and its advisers determined that an orderly wind-down is the best way to maximize the value of Pier 1’s assets,” the news release said.

It will now sell its inventory, website, and intellectual property, while adding that orders placed on its website will be fulfilled as usual.

Reports have said that Pier 1 has about 540 stores in the United States.

“This is not the outcome we expected or hoped to achieve,” Robert Riesbeck, Pier 1’s chief executive and chief financial officer, said in a statement. “This decision follows months of working to identify a buyer who would continue to operate our business going forward. Unfortunately, the challenging retail environment has been significantly compounded by the profound impact of COVID-19, hindering our ability to secure such a buyer and requiring us to wind down.”

Pier 1 filed for Chapter 11 bankruptcy protection in February after it suffered losses by competition from Wayfair, Walmart, and Target. At the same time, it shut down about 450 stores, including all its locations in Canada.

Once its stores are reopened amid the pandemic, Pier 1 will initiate store closing and liquidation efforts.

“Pier 1 expects to conduct its asset sales pursuant to the bidding procedures established by the court on February 18, 2020. The company has proposed July 1, 2020 as the asset bid deadline, July 8, 2020 as the auction date and July 15, 2020 as the sale hearing date,” according to the news release.

It’s not alone in filing for Chapter 11 bankruptcy in May. JCPenney, Neiman Marcus, Stage Stores, and J Crew have made similar filings in recent days, blaming the CCP virus and changing consumer behavior.

JCPenney, also based in Texas, confirmed Monday it would close down about 240 stores across the United States

Nordstrom also announced it would shut down 16 of its stores, blaming the pandemic.