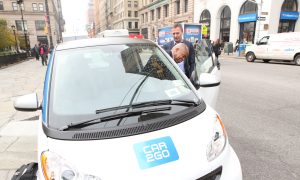 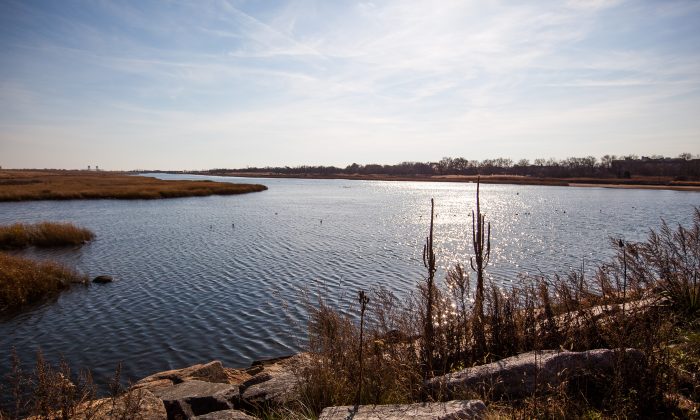 NEW YORK—Gravel crunched under Robin Marion’s feet as she walked the path hidden in a golden grass field. So tall as to make a grown man disappear, the grass gives off a hint of salty lavender fragrance. One could easily forget this is still New York City.

Marine Park Salt Marsh in Southern Brooklyn lies just a few blocks from Sheepshead Bay, where it envelops one with an atmosphere of nature’s subtle tranquil beauty.

Its brackish water (mix of fresh and salty) ebbs and flows. Partly supplied by Gerritsen Creek, it follows the ocean’s cycles of nearby Jamaica Bay.

As geese and ducks float in its calm waters, hawks and gulls glide high overhead. If lucky, the graceful silhouette of a crane will descend.

The 530 acres of the park, the largest in Brooklyn, was opened in 1924, but it had to be closed several years ago due to an infestation of invasive species. “It was like a wasteland,” recalled Marion, who’s been living in the area since the 1950s.

The park was reclaimed and reopened two years ago.

The vast grounds of the marsh offer little to catch one’s eye, but little to obstruct it either—especially looking south, where only the Marine Parkway Bridge spikes up.

An artificial nest has been erected for a pair of osprey, who’ve been returning to the marsh for three years, raising two to three offspring each time. It’s too late to look for them now, as they migrate south at the end of September.

But even with the winter taking over, the park hasn’t lost its charm. “It’s different in the winter,” Marion said. “Almost quieter.”

The plants shroud themselves in different shades of brown, from the bright golden grass, to the dark charcoal brown of the trees. And that makes them beautiful in their own right. “Maybe not as beautiful as when they’re flowering, but there’s beauty in experiencing the seasons that New York has,” Marion said.

Still, if one grows weary of the few miles of park pathways, there’s more to explore.

Right across Avenue U there’s Pratt-White athletic field, which is dedicated to two of Marine Park’s forefathers, who donated the first 150 acres of its land to the city. Further south along Flatbush Avenue one finds a 210-acre golf course opened in 1963, and even further south there’s the Aviator Sports Center, featuring two ice rinks, indoor and outdoor soccer fields, and football, basketball, volleyball, lacrosse, and tennis fields. And don’t forget the huge shopping mall at the corner of Avenue U and Flatbush!

Marine Park really has it all. “It’s like being in the country and living in the city,” Marion said.