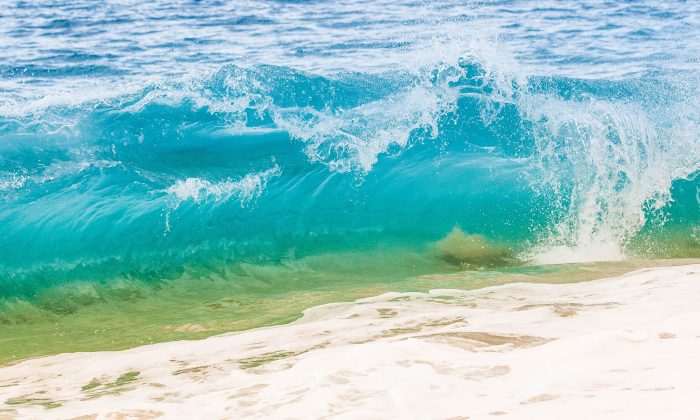 "To push the limits of energy efficiency in the future we need to understand better how magnetic devices behave on fast timescales at the nanoscale," says Hendrik Ohldag. (Anthony Quintano/CC BY 2.0)
Science

Magnetic waves are known as solitons—for solitary waves—and were theorized to occur in magnets in the 1970s. They form because of a delicate balance of magnetic forces—much like water waves can form a tsunami.

Now physicists have used a specialized x-ray method to take pictures of them.

“This is an exciting discovery because it shows that small magnetic waves—known as spin-waves—can add up to a large one in a magnet, a wave that can maintain its shape as it moves,” explains Andrew Kent, a professor of physics at New York University and the study’s senior author.

The researchers say these waves could potentially be harnessed to transmit data in magnetic circuits in a way that is far more energy efficient than current methods that involve moving electrical charge.

“Magnetism has been used for navigation for thousands of years and more recently to build generators, motors, and data storage devices,” says study coauthor Hendrik Ohldag, a scientist at the Stanford Synchrotron Radiation Laboratory (SSRL), where the soliton was discovered. “However, magnetic elements were mostly viewed as static and uniform.

“To push the limits of energy efficiency in the future we need to understand better how magnetic devices behave on fast timescales at the nanoscale, which is why we are using this dedicated ultrafast x-ray microscope.”

Solitons are stable objects that overcome resistance, or friction, as they move. By contrast, electrons, used to move data today, do generate heat as they travel, due to resistance and thus requiring additional energy, such as from a battery, as they transport data to its destination.

In their search, the scientists deployed x-ray microscopy at the Stanford Synchrotron Radiation Lightsource—using a method akin to the way x-rays are used to image the human body—in order to image the behavior of specific magnetic atoms in materials. The technique offers extraordinarily high spatial resolution and temporal resolution.

Marriage of Titanium and Gold Makes a Rare Magnet

They observed an abrupt onset of magnetic waves with a well-defined spatial profile that matched the predicted form of a solitary magnetic wave—i.e., a magnetic soliton. The results are described in a paper published in Physical Review Letters.

The National Science Foundation, the Army Research Office, and the US Department of Energy supported the project.